Throughout the years, The Legend of Zelda Series has introduced gamers to wide variety of items: some more useful than others, some being throwbacks to items used in earlier games, possibly tweaked a little. It’s a fact, Zelda is well-known for its inventory of items and their application in the many puzzles found in the games. Here is a list of my personal top five favorite Legend of Zelda items based on their design, usefulness, and ease of use. 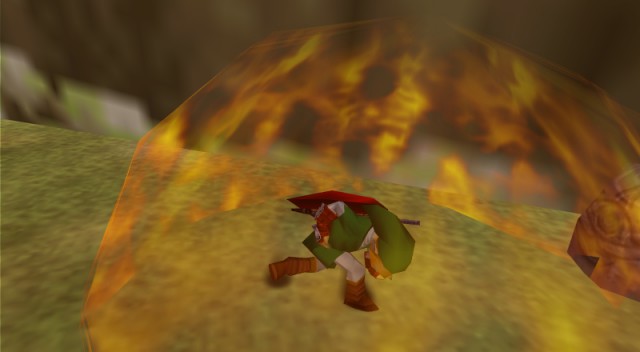 From Ocarina of Time, this item has a simplistic look to it, a ball of fiery energy inside of a crystalline encasement. As far as usefulness goes, it is the noobtube of Zelda items that creates a wave of fire around Link, expanding outwards in all directions, obliterating small enemies and dealing heavy damage to larger foes. When fighting Dark Link in the Water Temple, this is my go-to item. This item is activated by the push of a single button, giving it an A++ on ease of use. The only draw-back to this item is that using it does eat up magic, so use it sparingly!

Another item from Ocarina of Time, the ocarina item is a key component and namesake of the game both as an item as well as a plot point to the game’s storyline. Its design is based off of sweet potato ocarinas. The ocarina allows Link to travel to different locations in Hyrule and causes many events to take place including starting a torrential rainstorm, calling Epona his horse, and speeding the flow of time to either night or day. It’s relatively easy to use, all you have to do is activate it and punch in the notes to whichever song it is you want to play. The draw-back is that if you don’t have the songs committed to memory, you haave to open the menu, go to the Quest subscreen, find the song you want, then play it on the ocarina, which can be tedious.

This handy item hails from the 25th anniversary addition to the franchise, Skyward Sword. This item is adorned with interesting designs and dawns a bright palette of colors. This is an item of my dreams, because when it’s launched into the air, you have complete control over its flight path, allowing you to scope the area out for any secrets. Its secondary purpose is picking up items (such as bombs) and dropping them. After launching the Hook Beetle, you control its movement by tilting the Wiimote up, down, left, or right. However it can’t fly forever unfortunately as it will begin blinking red when it’s close to ending its flight. Sometimes it prematurely starts blinking when trying to look around a place you shouldn’t see yet, to prevent cheating, and that sometimes breaks the tempo of the game for me because I think “That was obviously put in there by some programmer so I can’t look ahead in the dungeon, thanks Nintendo”. Moving on. 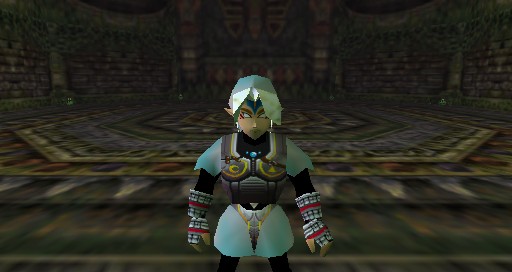 One of the many masks in the game Majora’s Mask, this item turns young Link into a powerful demigod with the power to handily vanquish the game’s final boss, Majora. This mask depicts the face of the Fierce Deity (very similar to the face of adult Link). The face is also decorated with red, blue, and brown paint. The striking black eyes look as if they are peering into your very soul! While wearing the mask, Link’s power is increased and he is able to use a double helix-edged sword that can shoot homing beams of energy. Using it is a breeze, you simply play like you normally would, the only difference being that your strength is now amplified! The one draw-back from this item is that the only time you get to use it is when battling the final boss…

Our final and foremost item comes from Twilight Princess. The Double Clawshots are covered in celtic designs and have very stylized shapes (especially the claws themselves). On top of that, when using them you can see the chain mechanism working in action, giving it an extremely realistic feel, like you’re actually holding the item in your hands. These clawshots allow Link to latch onto certain targets (vines or grates for example) and zoom to that spot. Because he has two, he can shoot to another target and another one after another after another. They can also be used in combat, making the Double Clawshots a multipurpose item! Plus, who doesn’t enjoy Spider-Manning all over Hyrule Castle? I personally prefer the Wii version of this item, it makes the experience all the more real. Using the Double Clawshots is as easy as pointing and clicking, making it one of the most versatile items and yet simplest to use.

What are some of your favorite items from Legend of Zelda? What about those items makes them your favorite? Feel free to leave comments below!