Our next couple pieces take us away from the western drifts of Rito Village, and instead bring us into the blistering heat of the northeastern volcano known as Death Mountain. Built among its crags is the resilient and fire-proof city of the Gorons, a stony people who love to eat rocks!

The big feature of both these songs and the Gorons as a whole in Breath of the Wild is the marimba. 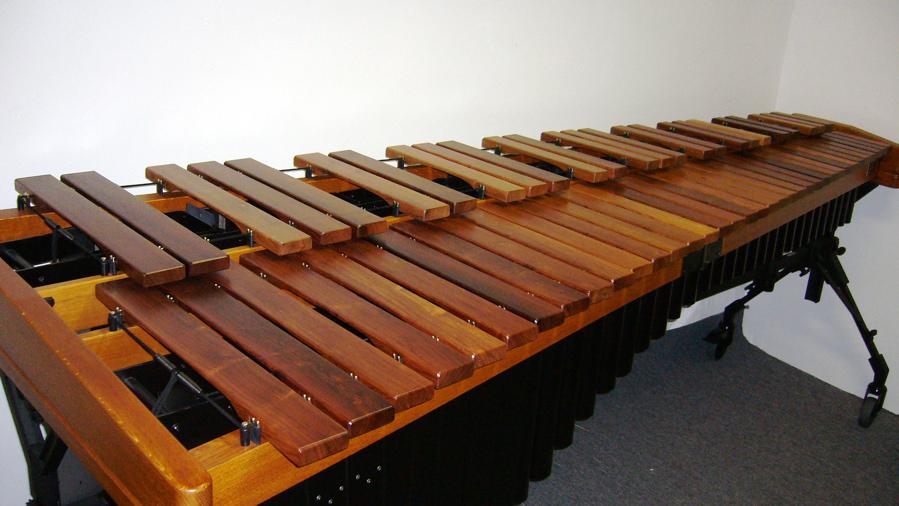 This instrument is very much linked with Gorons throughout different moments of the game, including the “Main Theme.” The other prominent Goron instrument is the trombone, which represents the Gorons in other themes like the end credits and “Tarrey Town.”

The “Night” version makes bigger use of the marimba, as well as leaning heavily on the ol’ Breath of the Wild standby, the piano. Alongside this instrument are some other neat percussive instruments, including a set of congas, what sounds like a china cymbal sample played in reverse, and some other neat custom percussion sounds. Also in the background is a solo upright bass, which adds some depth and a different feel to the “Night” versus “Day.”

The general differences of these two pieces are pretty self-explanatory to the ear. The “Day” theme is quite jumpy, happy sounding, and lively. This is to reflect the daytime activities going on. The “Night” theme, however, is slower, drops some of the punchier instruments, and just has less going on. This is to reflect the way things slow down around this mining community in the evening.

One of the neater things about the “Day” theme is that it includes a snare drum in the background, an instrument that is often associated with marching, much like how the Gorons are constantly working in steady rhythm, slowly mining away at the resources that Death Mountain provides for them all.

These pieces are also very reminiscent of the Goron City themes from Ocarina of Time and Twilight Princess. This similarity comes from the opening motif (which is almost identical to the way both the aforementioned tracks go), though this version verges off pretty quickly.

In addition, there is a voice sample of some kind used at 0:08 in the “Day” theme, as well as the same sample at 0:10 in the “Night” version. This same kind of voice sample is what made the Ocarina of Time rendition of the Goron Theme so distinctive.

The first big difference, as mentioned before, is the shift in tempo. A drop in tempo can often do wonderful things for a piece of music, including shifting the message dramatically. A more upbeat tempo conveys whimsy and dance, whereas a slower tempo conveys pensiveness and taking in one’s surroundings.

There is also a much more dramatic shift in instrumentation. The “Night” theme adds in an instrument not present before, the upright bass, right from the get-go, which really makes a statement in that it is meant to be different. The piano also comes in, which was not present before, to replace the marimba and the trombone, which we have already established are the heart of Goron culture. By shifting the importance of the marimba, as well as removing the trombone all together, Iwata is essentially saying that Gorons are not really Gorons if they’re not out in the mines doing their job. There is also the addition of these interesting percussive sounds, like the reverberating chime bells.

This piece is really quite enjoyable to listen to. It has just enough of the old to get you excited about the new. The use of both the congas and the marimba (particularly in its brief appearances in “Night”) make Goron City feel much more like a resort than a hard working labor city. It’s almost like I would like to go there to enjoy a nice hot bath in one of the hot springs. Though I’m not actually sure how I would get there…

What are your thoughts on these themes? Do you like one more than the other? Do you think they suit what you know about Gorons in Breath of the Wild? Let us know your thoughts in the comments below!

Comments
Sorted Under: Breath of the Wild, Games, Musical Musings, Ocarina of Time, Original Content, Slider, Twilight Princess
Tagged With: No tags were found for this entry.