Up until this point in our musical journey, we have been examining the vast and dangerous world of Hyrule; but from here on in, with the latter half of the Sound Selection, we’ll be looking more closely at the various towns and villages Link can discover to get a good rest, find some good food, and maybe even acquire some new clothes. These village soundtracks all come in a night and day package, and it is futile to look at one without the other. As such, these next few Musical Musings will be done as comparisons and contrasts of their partner pieces.

These two tracks, “Kakariko Village (Day)” and “Kakariko Village (Night),” tracks 14 and 15 respectively, were both composed by Hajime Wakai. Side by side, they have many similarities, as well as many differences, though both retain the same motifs.

These two pieces have such a wide variety of instruments that we have not yet encountered, which is quite impressive considering we’re now 15 tracks in. This piece is very centered around traditional Japanese court music, or gagaku. As such, it takes many of the instruments from that style. Starting with percussive instruments, the most prominent and recognizable is the taiko, which are those massive barrel-shaped drums often shown off in Japanese music festivals. 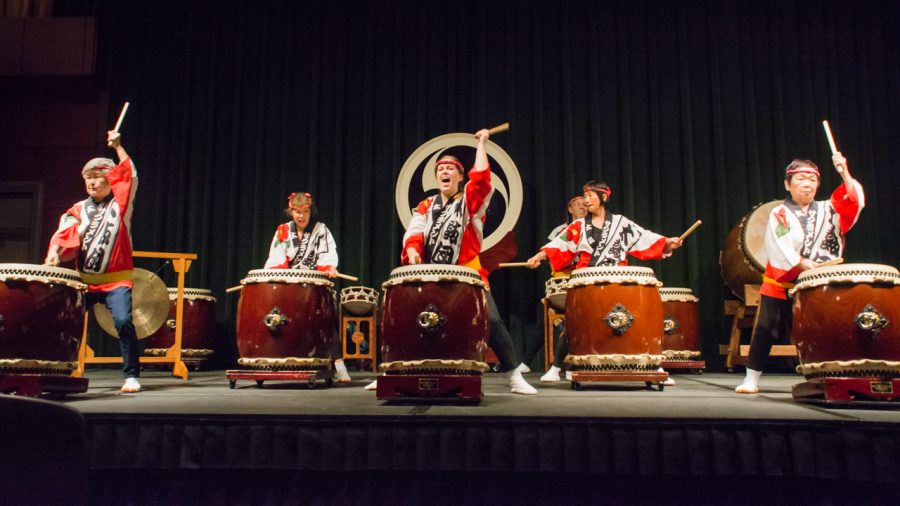 The other percussive instrument to note is the hyōshigi, which consists of two bamboo slats that are clapped together. Both of these instruments can be heard at the beginning of the “Day” track.

The woodwinds present are called the shakuhachi, a high ranged bamboo flute played by monks in China before migrating to Japan, and the hotchiku, a similar flute made from the very bottom of a bamboo shoot. For stringed instruments, these tunes both use a koto, the national instrument of Japan, though the one used here is a 21-stringed koto, as opposed to the more traditional 13-stringed koto.

The “Night” variant features an instrument not present in the ‘Day’ form, the kokyū, which has made an appearance once before, in the ‘Main Theme.’

As I stated before, these tracks are both based on traditional Japanese court music, referencing the clear antiquated style of Breath of the Wild’s version of Kakariko Village. Court music was played in full regalia, and in the courts of people of power. The architecture of Kakariko Village also clearly references the palaces of Feudal Japan. The most interesting thing about these two pieces is how different they can be while still being pretty much exactly the same. Take the main motif, for example:

The difference in the motifs is insignificant. In fact, the only differences are the grace notes in the “Day” and the instrumentation (“Day” is lead by the shakuhachi and “Night” is played by the hotchiku). Otherwise they are completely the same, and yet, due to being played with a different feel, they sound completely different. That is the mark of an excellent instrumentalist. This is the standard between these two tracks. They have essentially the same instrumentation, yet the rhythms of the percussion are different, creating a relaxing feel in one, contrasting the upbeat feel of the other. The koto actually plays a key role in this. In the “Day” theme, the koto is quite active, doubling the melody or playing runs like this:

Whereas in the “Night” portion, it plays light clusters here and there, and trying not to be too intrusive.

This theme is pretty cool to look at because it is not in a “standard” key signature. It is composed in the e-minor pentatonic scale. What this means is that the instrument is only allowed to use five (penta) of the notes of the scale (tonic).

The cool thing about a pentatonic scale is that it is pretty hard to mess up a harmony with. If someone were playing an e-minor chord progression underneath a soloing instrument, all the soloist would have to do is pick notes from the pentatonic scale. That’s why it is so popular in jazz and funk!

Honestly, for the first little while I had a hard time accepting these themes as being Kakariko Village. I had become so connected to the original theme from A Link to the Past that it basically obscured me from hearing the actual music. However, given time, I eventually came around to giving it a try. Now I enjoy them both, and though the “Day” theme is much more compositionally compelling, the “Night” version is something to marvel at in its own right. I think Breath of the Wild lacks just straight-up calming music, and the “Night” theme fits the bill nicely. I will say, however, that the music fits the scenery so well. I can really hear and feel the culture behind each note.

So what do you think about these themes? Which one do you prefer? Do you like the upbeat Day theme or the more chill Night music? Do you struggle with accepting this new theme as the Kakariko Village theme song? Let us know in the comments below!

Comments
Sorted Under: A Link to the Past, Breath of the Wild, Musical Musings, Original Content, Slider
Tagged With: No tags were found for this entry.