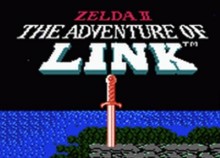 Any game made in another country is bound to have a few differences from the translated versions released elsewhere, but there are plenty of other things that can differ than just the translation. While most of them won’t make much difference to the game itself, it turns out that a change made to the North American version of Zelda II: The Adventure of Link has caused some to miss out on a little secret in a later game.

Find out what it is after the jump!

It’s always intriguing to find things that have been changed for international releases of games but the change in the music was a big surprise to me mainly because I love The Minish Cap. I recognised the tune from the Japanese release of The Adventure of Link as soon as it started to play and now I’m curious as to whether there are any other similar changes in the game.

What do you think of this? Do you know of any changes? Let us know in the comments below.