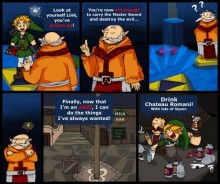 Welcome to Majora’s Memes, where we bring you memetic madness weekly!

Like scouring Hyrule Field for bushes that hopefully contain Rupees or bombs or arrows, we search the Internet for Zelda-related laughs. We have another big list this week. So long in fact, that we decided it was probably best if we didn’t use everything right away. I am blown away by how you guys have stepped up to help fill this feature out. It really does make it a community thing. Well, we still have a big post to get through, so strap in and hit the jump!

First up, we have this amusing comic posted to Memebase by AdrianaEternity, showing one way that Ocarina of Time could have gone after the plot twist. 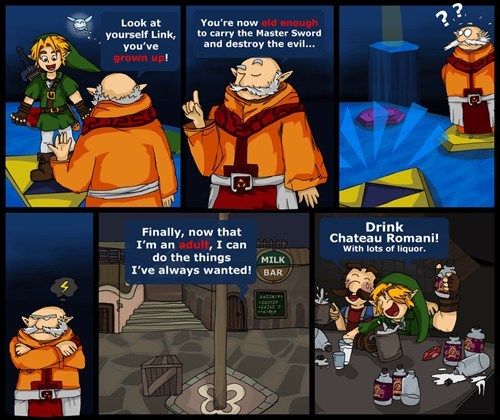 Our next image was actually posted to Facebook by The Legend of Zelda page. When you look at it that way, the events of The Wind Waker do seem a little bizarre. 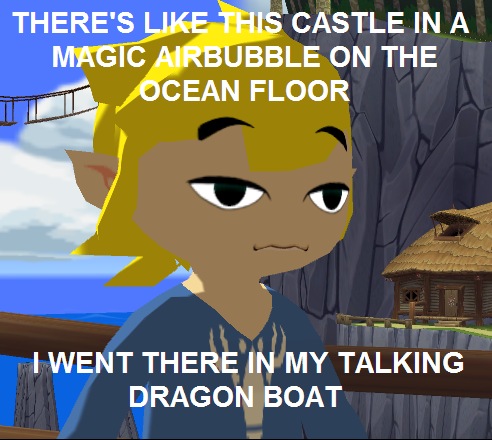 This image was posted by an anonymous Memebase user via g33k1nd159153. All I can say is that if Nintendo ever becomes a unified nation, this had better be one of its currency bills. 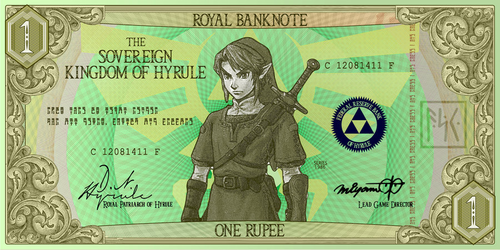 The Melbourne Link gives us this Zelda-fied take on a popular meme from last year. 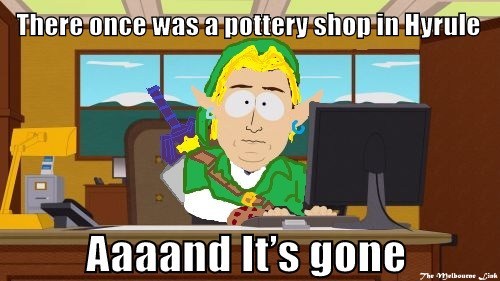 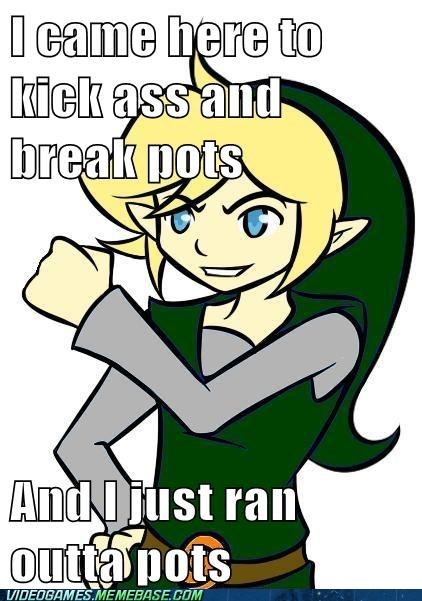 The recent 27th anniversary of the Zelda series was commemorated by this parody of the professional network LinkedIn. A hero needs his contacts and resources after all. 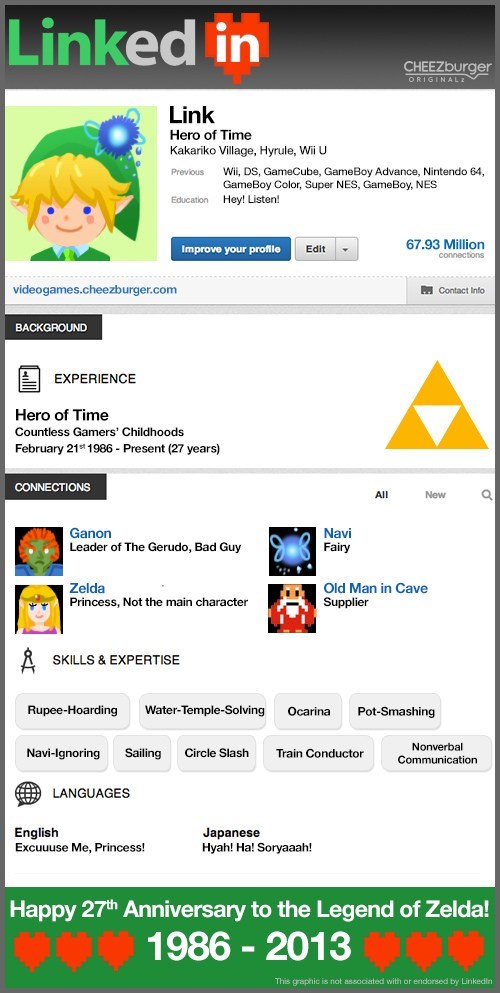 We’ve featured parodies of the “Dat Ass” meme before, but this is probably as literal as we’ve done, courtesy of the now-famous Lindsey Stirling video. 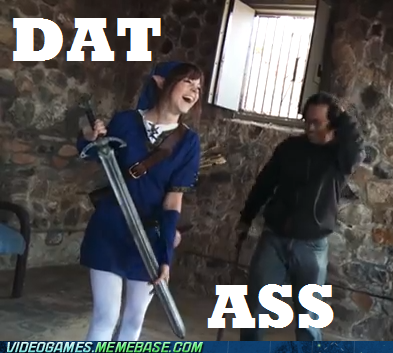 I’ve always been a little confused by this meme, but SpaceThunderKid saw something in it I don’t think any of us anticipated. 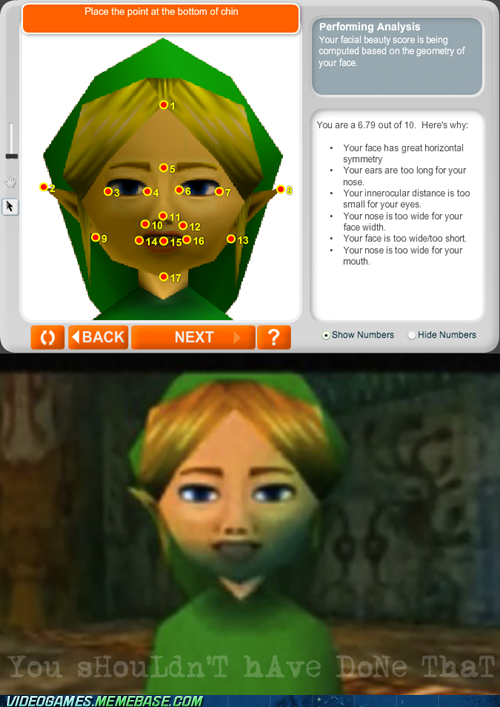 Rockman.EXE was kind enough to contribute this gif. I think he hit the nail on the head when he said it takes the gold (especially if you’re a Spongebob Squarepants fan).

Another user, whose name I probably should not post here, contributed a few memes as well. I think I like this one best. 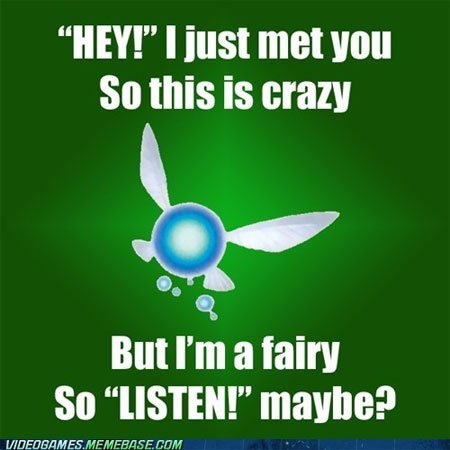 And then there’s this one: 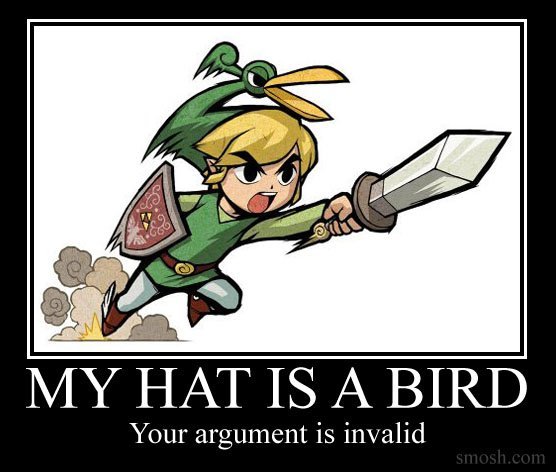 And finally, we have this one from The Melbourne Link again. 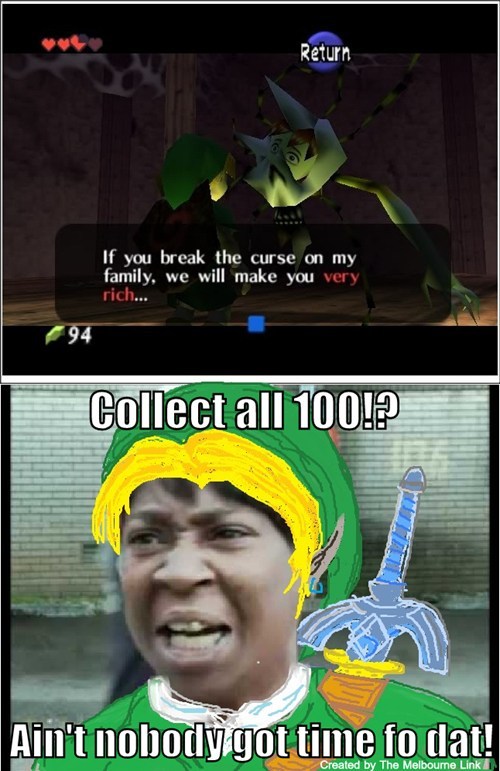 This concludes another Majora’s Memes! If we didn’t feature your meme, despair not! We may feature it in a future post yet! As always, comment and send us your memes!