M. Productions: The FEAR of Zelda Wii U 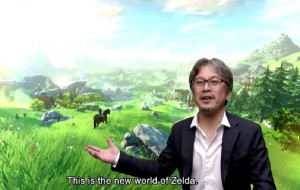 Potential has always been something Zelda had in spades. As likely the world’s most famous adventure game, it can accomplish so much, and often times, we expect it to accomplish such great things. Unfortunately, “expectations” and “hype” can be hurtful things for series like Zelda. We are all on the edges of our seats waiting on news for Zelda Wii U, the potentially quintessential series title, but are we expecting too much of it? After seeing the HD footage of Twilight Princess‘ upcoming remake, people were disappointed, but that was mostly due to how much those fans were actually expecting. The same thing could happen to Zelda Wii U if we are not careful. YouTuber M. Productions has put together a video discussing this idea of “too much hype”, featuring an interview with the creators of the Twilight Princess HD Fan Project currently under development.

Everyone seems to be putting Zelda Wii U on such a high horse, simply based on what the developers have said, and the little we have seen in footage. Thinking on it more carefully, Nintendo certainly has managed to create a lot of that hype through the lack of news itself, but that is a risky move. They can get our hopes up, sure, but they are getting our hopes up about something almost unknown at the moment. We are in the dark about Hyrule, the plot, Link, Zelda herself, even the title of the game, so our minds are free to roam and make up our own versions of what to expect from the game. That freedom to theorize is all well and good, but once we finally see more of the game, many of the people heavily theorizing might be disappointed. No matter how good the game looks, it very well could not be what they were imagining, all because we had no idea what to expect.

As for Twilight Princess HD, I highly doubt it, but I hope that the Fan Project developer who mentioned Twilight Princess HD‘s graphics not being “final” was correct. Following up The Wind Waker HD with a game with this rather minuscule change in resolution, textures and lighting is a bit of a cop out on Nintendo’s part, especially when placing at the same price as The Wind Waker HD. I greatly look forward to this project’s final reslt, and I very much hope that Nintendo’s official title turns out much better than many of us are expecting.

Do you think that they crazy hype for Zelda Wii U is hurting it in the long run? Did Twilight Princess HD deserve the ridicule it got when we first saw it? Drop a comment below.