Posted on February 16 2011 by Mases Hagopian 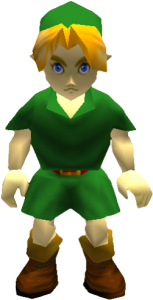 The 2011 Gamer’s Edition of the Guinness World Records released last month and Link and Zelda both made the list. In 2011, Guinness listed the Top 50 video game characters of all time and Princess Zelda fell in at #31 while Link took the #2 spot. Here is part of what is written within the book.

Unsurprisingly it was Nintendo’s Mario who was crowned the people’s favourite videogame character. The little plumber, who made his debut as “Jumpman” in the 1981 arcade smash Donkey Kong, received over 10% of the vote. Another Nintendo stalwart, Link, from The Legend of Zelda (1986) finished runner up, followed by the mysterious super soldier Master Chief from the Halo videogame series (Microsoft, 2001).

You can see the full list of all 11 Nintendo Characters after the jump.

Overall, it’s not too shabby from a Nintendo perspective. Donkey Kong seems a bit low on the list and perhaps Luigi deserves some love down at the bottom. Not sure if Ash Ketchum was necessary to be on this list either, but Guniness seemed to think so. You can see the rest of the list over at GoNintendo. It’s obviously going to be interpreted differently by the different viewers, but it is a fairly good list. I personally would have liked to see Mega Man a bit higher than the #23 spot, and there are some questionable rankings in the upper half of the list. Be sure to let us know what you think by posting in the comments below.