Link is the Most Popular Amiibo Worldwide 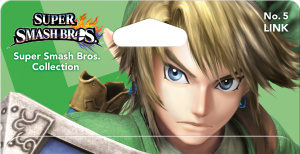 Nintendo has recently posted their third quarter financial results, and among their sales charts fans managed to find an interesting bit of information. Of the Amiibo released so far, Link is the highest selling in three out the four regions! And Link is still one of the top three best sellers in Australia– making Link the most successful Amiibo worldwide. Hit the jump to see the numbers for yourself.

This is the regional top sales ranking chart of each amiibo figure. This does not perfectly represent the popularity or demand for each character because some amiibo were out-of-stock in some regions, but you can certainly see some regional differences in the sales trends. 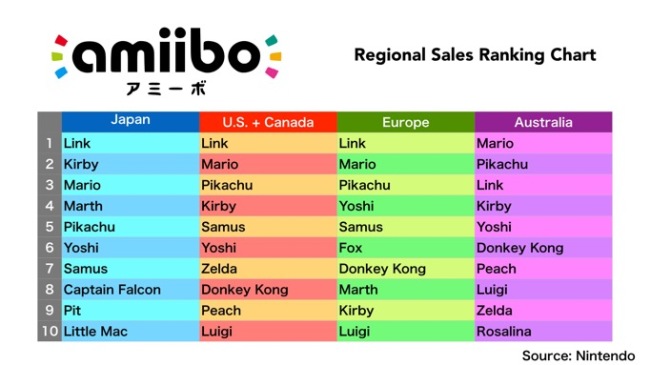 Looks like Link is the preferred figure, well except in Australia. But, that could be due to shipping and availability so there’s no need to worry; especially because Mario and Pikachu vying for number two is not all surprising. Along with Link, Mario and Pikachu are easily the most recognizable mascots for Nintendo– and I reckon Samus would be too if only more Metroid titles had been released in recent years.

How does it feel to know our favorite green-tunic-wearing hero is a favorite worldwide? Do you think it has to do with the fact that Link’s Amiibo is compatible with not just Hyrule Warriors in addition to Super Smash Bros. for the Wii U and 3DS? Does Australia’s pattern-breaking nag your competitive spirit? Let us know in the comments!