Legend of Zelda: Press A to Win!

that Shigeru Miyamoto filed a few months back. For those unfamiliar, Miyamoto’s plans essentially consisted of a built-in video walkthrough for Wii games that can be accessed during gameplay. At any point during the game, if the player so chooses, he can simply switch into this mode, and watch as the game beats itself, and then resume control at a later time. This obvious appeal at the “casual gamer” crowd that Miyamoto so loves to target has been dubbed “Press A to win” by the more hardcore fans.

According to Miyamoto, this new option

which is slated to debut in Super Mario Bros. Wii

will be be included in other future games as well. With such a prominent game series as Mario featuring it, we can’t help but wonder if the upcoming “Zelda Wii” will have it as well. The patent’s obvious references to the Legend of Zelda (excuse me, I mean the “Legend of 00” ) series in the form of sample images adds to these suspicions.

A common complaint amonst the hardcore Zelda fans about every game since the Oracles is that these newer games are far too easy. I know that I personally miss the days of A Link to the Past when enemies actually got harder as the game progressed, and fairies and magic potions were actually necessities, and not just collectibles. I miss solving puzzles that actually made me think. I even miss the frustration and difficulty of Adventure of Link in comparison to the ease of the new games. While I would love to see a return to the challenging enemies, puzzles, and boss battles, it seems Nintendo would rather make the games easier and easier. As if that’s not enough already, now all the casual game has to do is sit back and watch as the game beats itself. 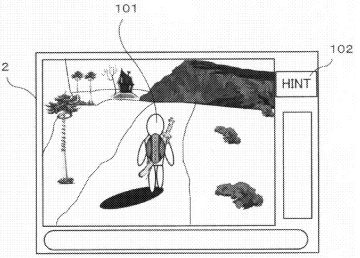 The future of Zelda?

Now, before you get your torch or pitchfork out and prepare for a riot, consider with me just a second the positive ramifications this could have. If, as is expected, “Press A to win” comes to the Zelda franchise, Nintendo has an opportunity to win back the favor of the hardcore gamers it seems to have abandoned and appeal to the casual gamer at the same time.

Instead of giving Zelda Wii weak enemies, easy puzzles, and simplistic bosses, Nintendo can appeal to the casual gamers by giving them the option to skip over sections that are too difficult for them to handle. In turn, Nintendo can increase the difficulty level to give the hardcore gamers the challenging game we’ve waited for so long. While the difficulty level of most common enemies wouldn’t drastically increase, as that would necessitate the casual gamers to spend the entire game in video walkthrough mode, the hardcore fans could at least count on the return of challenging puzzles and bosses.

So while it may seem like a terrible idea to include an option to make Zelda Wii even easier than its predecessors, there’s still a little bit of hope for us to cling to. If Nintendo lets us down again, I’ll be there, pitchfork in hand, leading the mob of angry hardcore Zelda fans.