Legend of Music #07: The Reoccuring Leitmotifs 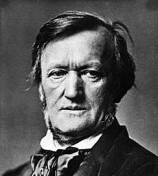 What is a leitmotif you ask? Excellent question! In simple terms, it’s just a musical theme that is associated with a specific person or idea. Though the idea of leitmotif has been around since the late eighteenth century, the actual term itself was coined by Richard Wagner. Today, most people have no idea who Richard Wagner is, but back in the mid to late nineteenth century, he was pretty hot stuff. Now, what on earth does leitmotif have to do with Zelda? Well, everything really. Different reoccurring characters and ideas throughout the series are known from being accompanied by a leitmotif; sometimes it is in the form of a song, and other times it is just a jingle. Join me after the jump as I explore some of the reoccurring leitmotifs in the Zelda series.

Zelda’s Lullaby is probably one of the most obvious leitmotifs in the series. Ever since A Link to the Past, this mystical piece has been the trademark of our dear Zelda.

Okay, this one is so obvious that it’s easy to miss. The Chest Fanfare has been around since A Link to the Past; however, it has been elaborated and revised through other games in the series (namely Ocarina of Time)

Everyone likes hear the Puzzle Fanfare after spending several minutes (sometimes even hours) on the various puzzles found in Zelda games. This leitmotif is actually one of the few that originated from the first Legend of Zelda game.

The Pulling of the Master Sword

Many people are under the impression that the Fanfare that plays during the pulling of the Master Sword came from Ocarina of Time. It’s an understandable mistake to make, since much of that game is spent traveling through time via the Master Sword. The first occurrence of this leitmotif, however, is actually (like many other leitmotifs in the series) from A Link to the Past.

This leitmotif is less prevalent than many of the others, but it is definitely reoccurring throughout the series. It was first introduced in A Link to the Past (Suprised?). This leitmotif has been used as Castle Music in other Zelda games (Minish Cap); however, it has also been used simply to reference royalty or the king of Hyrule (Wind Waker).

. Starting with Ocarina of Time, this leitmotif has been used as the theme for the power-hungry villain, Ganondorf.
Edit: I stand corrected. This theme does occur in A Link to the Past. Go figure.

This one is arguable. This theme was actually one of the warp songs from Ocarina of Time. In that game, it wasn’t really directly associated with a particular character, or idea. In Twilight Princess, however, the Serenade of Water made a comeback as the leitmotif for Ruleta, the Zora Queen Ghost. Technically, this one isn’t a reoccurring leitmotif because it wasn’t used as a leitmotif in Ocarina of Time, but what the heck. The more the merrier.

Ever since A Link to the Past the Kakariko village and its theme have become inseparable. This leitmotif has been used in Ocarina of Time, Four Swords Adventures, and Wind Waker (heavily remixed).

What is a trusty horse without its own theme music? A trusty horse that isn’t as cool as Epona, that’s what! In Ocarina of Time, Majora’s Mask, and Twilight Princess, your trusty steed will come your way whenever you play this leitmotif.

Though the Song of Time occurs in a few Zelda games, only two use it as a leitmotif. Both Ocarina of Time and Twilight Princess use this music to accompany the physical location of the Temple of Time.

Strange enough, Saria’s Song is not a leitmotif for Saria (with the exception of Ocarina of Time). Rather, Saria’s Song has become a reoccurring leitmotif for the Lost Woods or other mysteriously wooded areas (such as the Woods of Mystery in Majora’s Mask).

Though there are many other reoccurring themes in the Zelda series, many of them aren’t used as a leitmotif for the same character or idea within a game. Likewise, there are many leitmotifs that occur in a Single game, but aren’t used in others. Regardless, we can be sure that many of the themes listed above will continue to be used throughout the series. So, what are your favorite reoccurring leitmotifs throughout the series? Are there any that I missed that you think should be on the list? Be sure to let me know in the comments below!