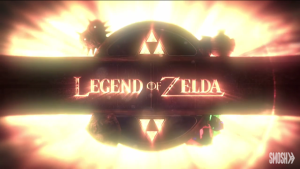 We all know that unfortunately a Zelda Netflix series is not likely to be produced anytime soon, but that didn’t keep the people behind YouTube’s Smosh from creating a hilarious hypothetical trailer for the formerly teased Game of Thrones style show. Not only does the comical video poke fun at some of Zelda’s quirkiest features (i.e. raging Cuccos, random fishing, compulsive pot-smashing), but it also integrates some of the more awkward aspects of Game of Thrones into this Zelda world. The trailer is a thoroughly entertaining parody and one any Zelda fan will love!

All bad language is censored in this video, but some themes are suggestive, E10+.

Smosh is run by the comedic duo of Ian Hecox and Anthony Padilla. They currently have over 20 million subscribers and are the 4th most subscribed channel on YouTube, behind PewDiePie, Youtube Spotlight, and Holasoygerman. They’ve released a number of nerdy video game inspired parodies and music videos; this is their fifth Zelda specific video, here are the rest.

What did you think of this “leaked” trailer? Do you like Smosh’s other Zelda videos? How would you feel if the real Netflix Zelda series was a comedy? Speak your mind in the comments!