Posted on November 27 2014 by Catty Greentree 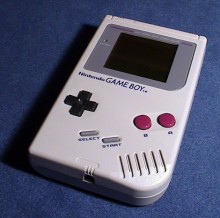 Interesting news on the crowd funding front! Makers Zane Amiralis and Joshua de Haan have just posted a Kickstarter for the hdmyboy, a module that allows you to connect your Game Boy to the TV to play in high definition. Hit the jump for more information.

You install the hdmyboy module yourself (the instructions sound very simple) with only a screwdriver: the creators swear it takes under ten minutes from start to finish. And they already have a working prototype. Watch them play Link’s Awakening in an early promotional video:

Here’s the full Kickstarter video for your enjoyment:

Amiralis and de Haan are asking for €65,000 to bring this project to completion. You can pledge as low as one euro, but €115 is the lowest amount that gets you the actual hdmyboy module. If you’re spending that much you might as well throw in an extra €10 and get the module plus screwdrivers for installation, a replica NES controller and a credit in the screen saver.

One caveat though: it only works with the original 1989 Game Boy, and not the Advance, or Color, etc. The Kickstarter ends December 26th, 2014. Go check it out and throw in a few euros if you like what you see, and of course let us know what you think in the comments!