Keep Your Little Ones Clean With this Link-Styled Bib When it comes to parenting and the Zelda franchise, there are a lot of places the worlds overlap. From handing the controller over for the first time to watching their excitement at defeating Ganon. From seeing them excited to dress up as their favorite character for Halloween to drawing a picture of Link and wanting it hung up on the wall. Zelda and kids just go together in a lot of great ways.

This latest item from Bumkins is featured on their Amazon storefront. The “Superbib” allows your 6-24 month old to don the iconic green tunic and Hylian Shield. If you’ve recently slayed a giant pig-monster and are serving it up for dinner, this bib combo is a sure-fire way to show off your junior Hero of Time. The main part of the bib is designed as the classic green tunic, featuring a Triforce and crossbelt. Meanwhile, the Hylian Shield part is a cape that buttons on and hangs down the child’s back.

As someone with a son who is as obsessed with Breath of the Wild as I was with Ocarina of Time at his age, this reminds me of watching him grow up with the franchise. Similarly, I also have a daughter named Zelda. Her first bedroom had a Triforce painted on the wall, and this little bib would have been perfect for her back then!

Do you have any little Hylians in your life who could use a tunic and shield to slay dinner-blight? Or maybe it’s the parents who actually need it! Either way, what do you think about this little dinner time kit? Let us know in the comments below or chat about it over in our Discord! 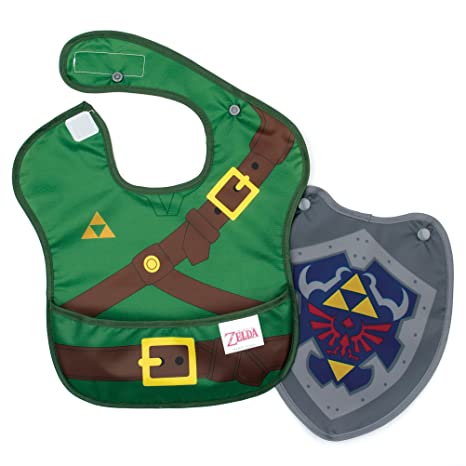 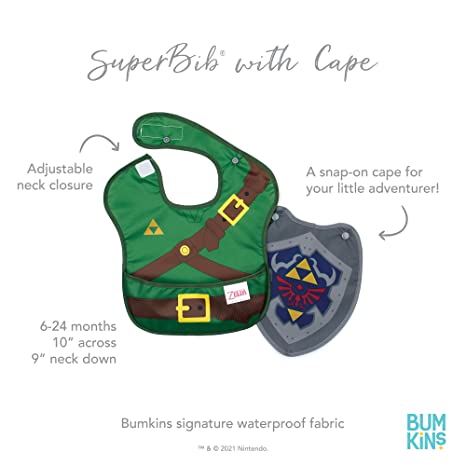 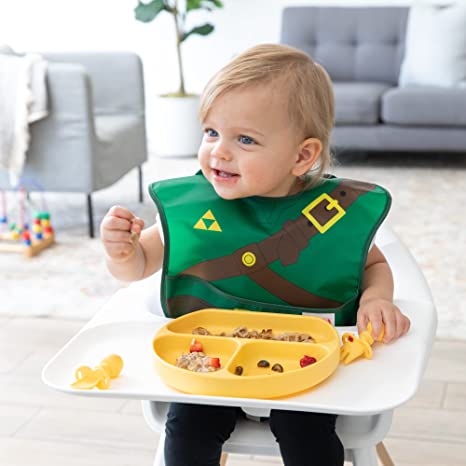 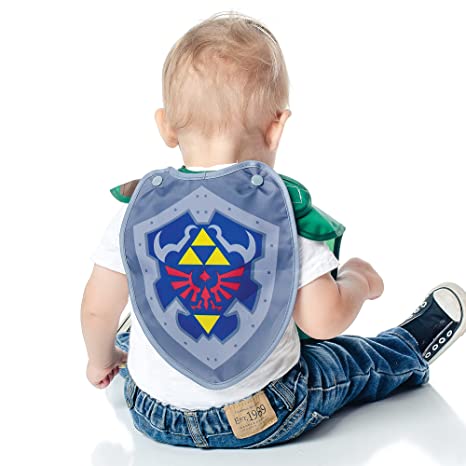 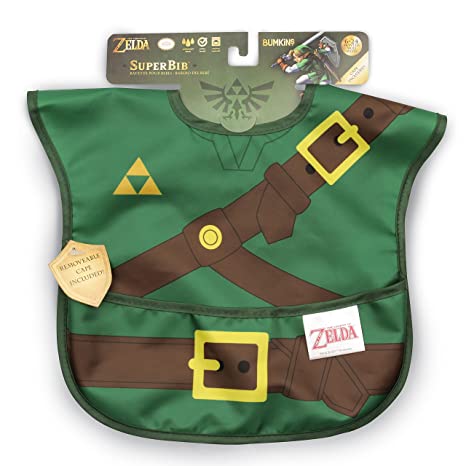 Comments
Sorted Under: Breath of the Wild, Games, News, Ocarina of Time, Zelda Like, Zelda News
Tagged With: No tags were found for this entry.