Keep Track Of Time With This Custom Zelda Clock 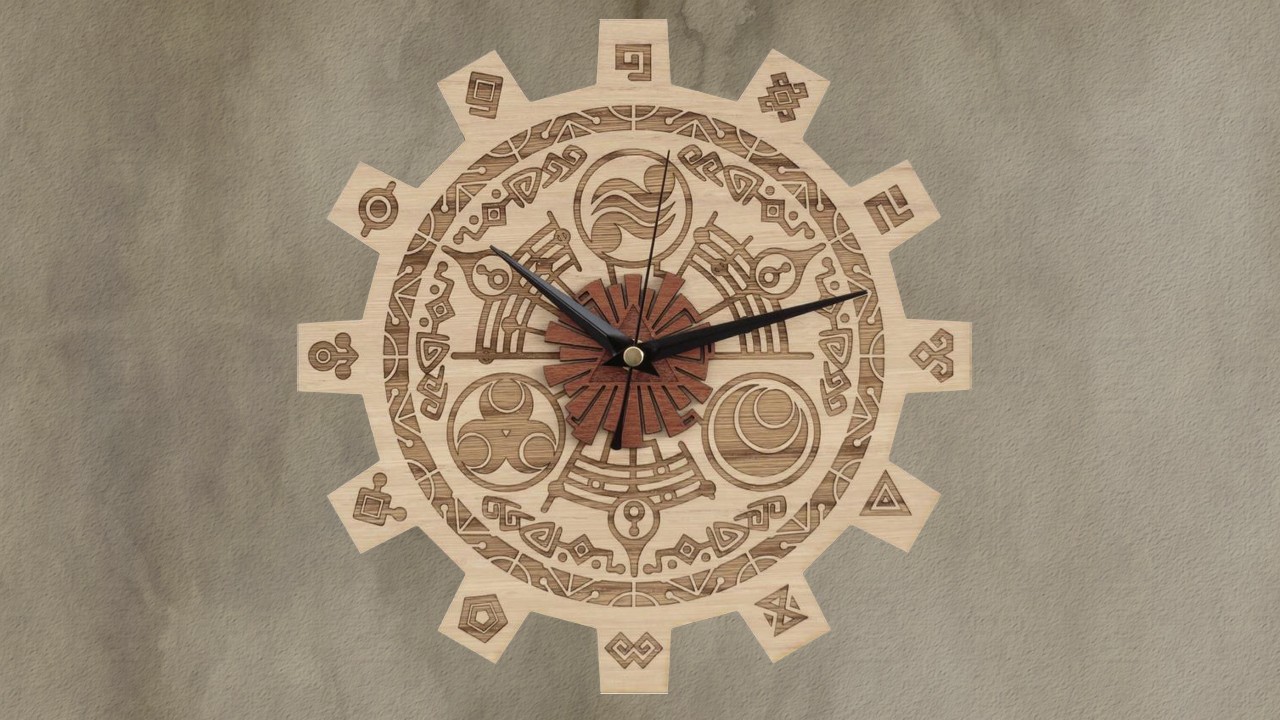 A principle element in Skyward Sword‘s plot was the Gate of Time. Control of this portal to Hyrule’s distant past was critical to the plans of both Ghirahim and Impa. Whichever side proved victorious would irrevocably alter the destiny of the kingdom. Besides its lore implications, the Gate also plays host to a collage design of Zelda series symbolism. Besides a large central depiction of the Triforce, each of the golden triangle’s virtues are represented in the form of the three pearls from The Wind Waker. These images are surrounded by musical notations and scroll work reminiscent of the Lokomo design from Spirit Tracks on the Nintendo DS.

In the ten years since its introductory game, the Gate of Time has become a well-known image to fans of the Zelda series. Nintendo even used it as the cover art for the book that established their infamous timeline, Hyrule Historia. English woodworking studio Woodentek, who creates decorative wooden clocks based off popular media, has built a Zelda-themed clock using the Gate’s design. This timepiece sports a clean, three-tone design that gets uses clever layering to make the details pop. The clock is priced at $57.24 (USD) and can be ordered here.

Its nice to see indie companies making products for the Zelda fanbase. But what do you think? Do you have an interest in craft projects like this clock? Let us know in the comments below.

Comments
Sorted Under: Games, News, Skyward Sword, Zelda Fan Content
Tagged With: No tags were found for this entry.