It’s Happening: 3DS Can Be Used as a Wii U Controller for Smash Bros.

Posted on September 13 2014 by Nathanial Rumphol-Janc

Many of you may not remember, but way back before the Wii U launched it was suggested and even hinted by Nintendo that the 3DS could, theoretically, work as a controller for the Wii U. This of course hasn’t happened to this point, and, since it was just a theory, there was no reason to think it was something Nintendo wished to explore. Apparently that is no longer the case, at least when it comes to Super Smash Bros. for Wii U. You will be able to connect your 3DS and use it as a full on controller for the game. 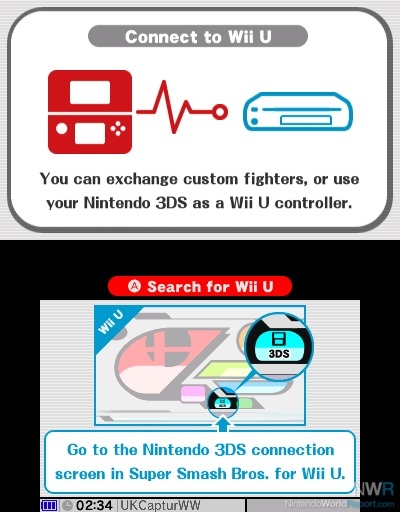 In addition, you can exchange custom fighters – though that was naturally an option most assumed would be available. Having had a little bit of time with the demo myself, I can’t say I earnestly enjoy the slider more than a joystick, but I suppose for those that want to keep it kosher between the two versions (or simply don’t have enough controllers for four people), this could be a really tempting option.