Is Zelda Wii U a Mistake for Nintendo?

Posted on November 21 2015 by Alexis Anderson 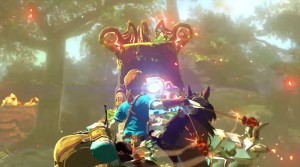 With the recent Nintendo Direct confirming Zelda Wii U’s release on the Wii U console in 2016, many have been wondering, what about the NX? Nintendo has been reluctant to share more information about it, but Forbes contributor Paul Tassi sees no other option for the console than a 2016 holiday release. Therein lies the problem, if Zelda Wii U releases in fall of 2016 for only the Wii U it will be disastrous for sales once the NX launches. The best solution for this case would be to adapt the game for both consoles, but the NX likely won’t make use of a gamepad, so this offers up more problems than solutions.

With so much uncertainty surrounding the NX’s launch, the fate of Zelda Wii U is still unwritten, but much will be speculated after the jump!

After being given the details presented in the Nintendo Direct, Tassi concluded that Zelda Wii U would likely launch in Fall 2016 since no gameplay footage has hinted at an earlier release. But Nintendo said no details about the NX would be revealed until 2016 and Tassi feels, “all logic points to the fact that the NX would be released in holiday 2016. That may seem early, but when the second best option is holiday 2017, that seems completely untenable given the current state of the Wii U.” 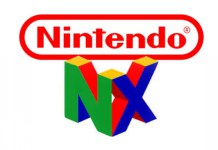 He argues that the Wii U has already essentially been put to rest in the minds of Nintendo and it should replace the console as soon as possible. I tend to agree, the games lineup for 2016 seems promising and it’s too early to see much beyond that, but I don’t know that there’s much else the Wii U can present for players in terms of new and riveting content in 2017. It also seems like a lot of attention is being placed on the 3DS, with a number of Pokemon games, Fire Emblem Fates, Yokai Watch, and many other titles having just been released or on their way to being– so I can see a wean-off from the Wii U beginning.

The new Zelda would make a strong launch title for the NX, but if it doesn’t get the dual-citizenship treatment Twilight Princess got it won’t help sell NXs or Wii Us, and it’ll foster a short lifespan on a dead console. Just as it hasn’t given details about the NX, Nintendo hasn’t hinted that Zelda Wii U will make an appearance on both consoles. Either way, hardware differences might make the game impossible to port to the NX (especially if, as mentioned, it doesn’t use a gamepad). 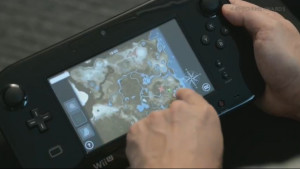 From the footage seen at the Game Awards last year, the gamepad was definitely incorporated into the gameplay. But again, we haven’t been shown any new gameplay since heavy development changes have taken place, so who’s to say the game will still rely heavily on it? Maybe Zelda Wii U will actually be compatible with both systems, but in that case one of them will inevitably be shortchanged in terms of functionality.

Tassi feels that either a holiday 2015 launch on the Wii U or a purely NX version of the game would’ve made for a perfect bout of success for the new console Zelda, but both of those options seem out of the question. Due to, “Nintendo’s usual pattern of delays and poor release planning… the only ways forward is to release [Zelda Wii U] on a doomed system, or to awkwardly make the game cross-platform which potentially hurts both versions of the game.”

It’s unfortunate, but I fear Tassi may be right. I think the game itself will be magnificent on whatever 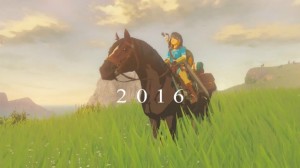 platform it was truly built to be played on, but it’ll be damaging to Nintendo’s sales if the NX comes out too soon after Zelda Wii U’s release. I personally don’t see the NX launching during the Holiday 2016 quarter, so I do feel the title will be a major success for the Wii U. However, according to DigitalTrends, “Nintendo has started to distribute NX software development kits to developers…Third-party developers can use the kit to create new games and adapt titles already released on previous platforms like the Wii U… [this] adds credence to suspicions that Nintendo may launch the console by the end of 2016.” So despite my reservations about a 2016 console launch, it’s a possibility we should all keep in mind.