Is Ocarina of Time as Good as we Remember? 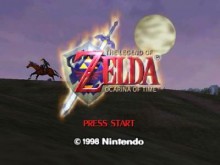 There are many deep, philosophical questions that we humans must consider in our lifetimes, but one of the most pressing questions for a Zelda fan seems to be whether or not Ocarina of Time was really that great? Or is the memory of Ocarina of Time tainted by nostalgia from a generation of gamers that refuse to analyze the game fairly? Hit the jump to hear me out!

I have very fond memories of the first time I completed that epic quest. I remember struggling as a young boy to obtain every key in the Water Temple, searching for all of the hidden collectibles, and clearing every side-quest in the game with the help of nobody. And looking back on the game in this manner, as an obstacle that I overcome with patience and dedication, I can’t help but wonder if the internet may have tainted adventure games, leaving this huge Zelda game fresh in my memory as a quest that was free of spoilers, free of walkthroughs, and free of any criticism at the time of my first play through. That was the first thought that made me feel a bit biased to begin with, in favor of the game.

Playing the game recently, I felt as if the faster pacing in video games nowadays made the game feel a little bit slow. Navi chiming in with constant information, slow animations whenever you accomplish something, and pausing the game to swap items (after playing The Wind Waker HD on the gamepad, it’s a genuine irritation) all made the game feel kind of boring. The game plays smoothly in combat and throughout dungeons, but it doesn’t really feel like a challenge to whale on enemies anymore. The puzzles are all much easier now that I’m older and have already completed the game so there’s no real replay value besides to feed my nostalgic impulses. 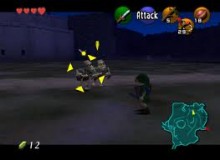 The combat is also so easy it hurts. Well, doesn’t hurt; I guess that would be the problem. With so many items at Link’s disposal, it feels like almost every enemy can be killed in the most simple fashion. Either smacking them with the sword or bombs or arrows. The variety lies in timing almost always and there is never a real threat or challenge when an enemy appears. You just wait for the Skulltula to turn around, you wait for the Keese to get close and stop moving, and you throw a bomb at a Beamos before you make the mistake of walking past them and getting zapped. Perhaps my biggest complaint is just simply that you never really need to dodge and there’s never any panic when fighting most basic enemies.

There isn’t much else to complain about, honestly. The game’s soundtrack is unbelievably moving for something that fit inside an N64 cartridge. The story isn’t the most complex, but it had surprises (remember when you first learned Sheik was a woman?). The characters are interesting and the environments are exciting. Every time the game boots up, the music from the title screen brings back so many memories from my childhood. My very first completion of the game, showing the game to all of my friends, and even helping my brothers while they played the game all come back to me. That game definitely has had a huge impact on the lives of many people, as strange as that may sound. Perhaps nostalgia gave me a false remembrance of the game, maybe the internet took away my patience, or maybe I was just a dumb kid when I first played the game, but my perception of it has definitely changed.

So what do I feel overall about the game? All games have their problems, sure, and this game was definitely limited by hardware and time constraints just as many others of the time. When talking about the original Ocarina of Time on the Nintendo 64 my opinion is that, while I don’t necessarily think that it’s the best game of all time, I do think that it’s an amazing game. For a game that old to still have so much of a cultural impact and hold a place in so many gamers’ hearts is beautiful in a way that transcends its functionality and reception in a way that no other game has. While it might not be the most perfect game ever crafted or even the best put together game of its time, it definitely has earned its critical acclaim and appreciation. 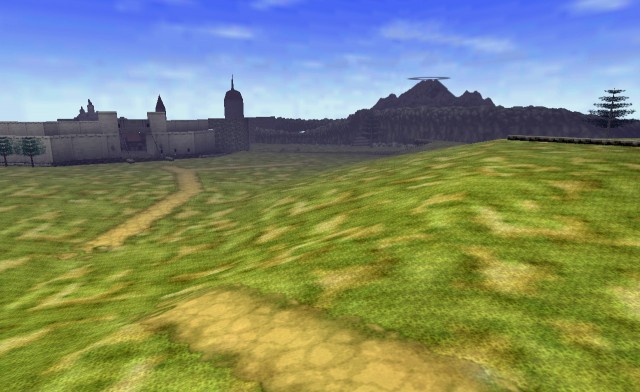 What do you think? Do you believe that criticizing Ocarina of Time is taboo or do you have other complaints about the game? Let us know what you’re feeling in the comments below!