Inspiration behind the Loftwing in Skyward Sword 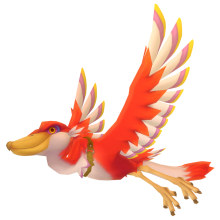 The Triforce is probably one of the most recognisable symbols in all of gaming and it is one of my favourites, my key ring is of the Triforce complete with the bird motif. For many years I wondered what the bird part of the symbol represents and, with the release of Skyward Sword in 2011, what it was meant to represent was clear: the Loftwing. Now, thanks to a post by Did You Know Gaming, the inspiration behind these creatures has been revealed!

Take the jump to make the discovery!

They are designed after an African bird called ‘shoebills’ which I have never heard of. Having looked up some pictures of them, the link between shoebills and Loftwings is clear: 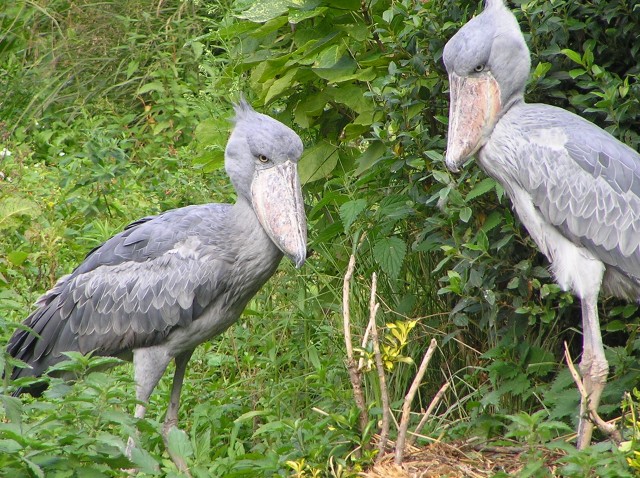 Pretty much everything from these birds can be seen in the Loftwing. The biggest difference (aside from Loftwings having feathers of various colours) is that shoebills are much smaller the Loftwings. Shoebills are usually 110cm (3’7″) to 140 cm (4’7″) so they aren’t quite big enough to ride through the skies and I highly doubt you’d be able to use one to to battle weird creatures infesting flying whales.

The only other aspect of Loftwings that wasn’t from the showbill was its tail. This side of the bird was taken from the tail of one of the designers pets, a shiba dog, which are similar to huskies (and really cute!). Seeing as Loftwings are a huge part in the origins of Hyrule history, it’s nice to know where the inspiration for these creatures cam from. In the games, though I preferred riding Epona around Hyrule in Ocarina of Time, Majora’s Mask and Twilight Princess over flying around the mostly bare skies on a Loftwing in Skyward Sword, if I given the choice of doing either in real life, I would choose flying around on a Loftwing every time.

Did you think the birds Loftwings are based on would look so similar to Loftwings? Are you disappointed the actual animal isn’t big enough to fly around on? What did you think of the Loftwings in Skyward Sword?  Let us know your thoughts in the comments below.

Source: Did You Know Gaming