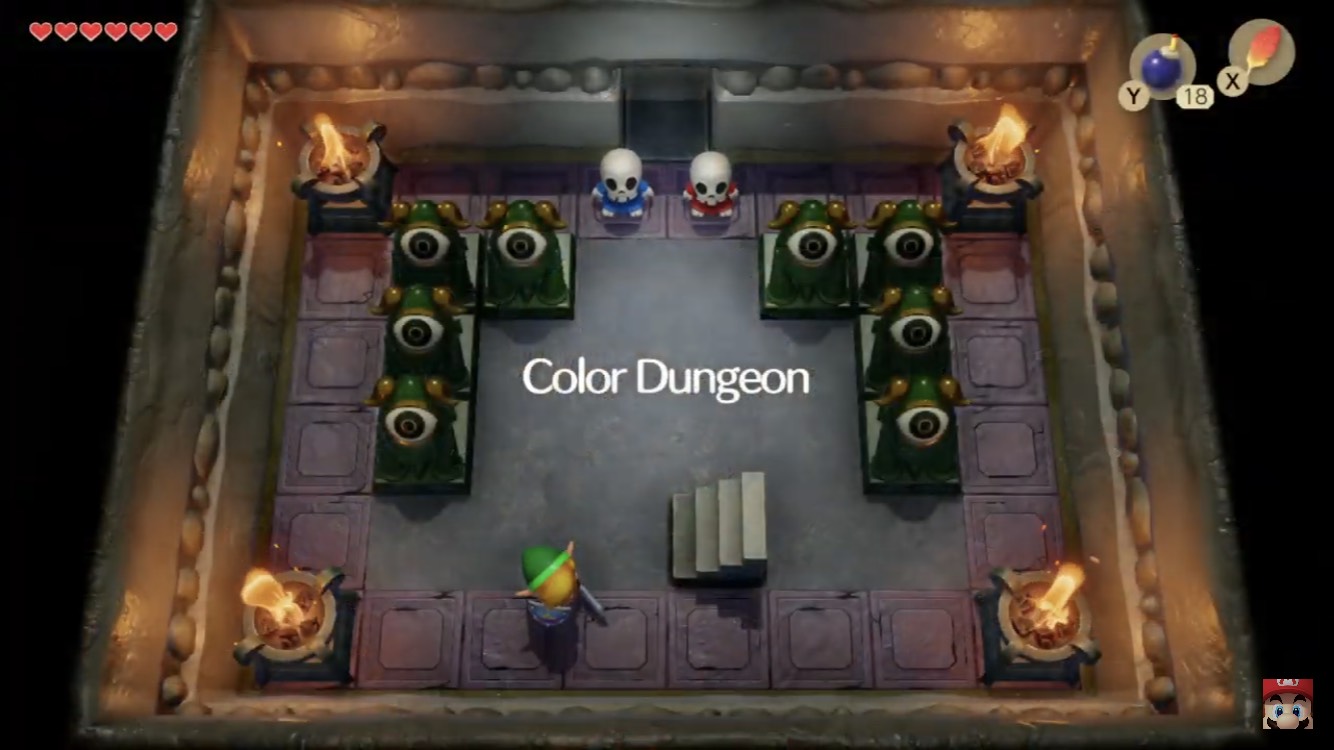 During Nintendo’s E3 presentation, inclusion of the Color Dungeon was confirmed for the Switch remake of Link’s Awakening. The dungeon was added to 1998’s Link’s Awakening DX to show off the capabilities of the Game Boy Color, but having been absent from the original 1993 title, its existence in the remake was uncertain. Thanks to today’s Treehouse Live playthrough of the new game, fans can rest assured that the Color Dungeon and assumedly its ability-enhancing tunics will be making a reappearance.

This is exciting, as it suggests players will be able to receive the blue and red tunics as reward for completing the dungeon. These tunics increase Link’s defense and increase his sword strength by half, respectively. Since we still don’t know all of the details concerning the dungeon, it’s possible the rewards could be different or include a greater variety of power-modifying tunics.

Are you excited that the Color Dungeon is returning for Link’s Awakening on Switch? Let us know in the comments!