IGN: The Wind Waker, From Hated to Cherished 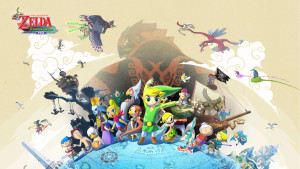 Admittedly, when The Wind Waker was released back in 2003, I was not a fan. My first look at it was as a twenty minute demo on the Zelda Collector’s Edition my siblings and I got for Christmas when I was ten. At the time, I had just finished playing through Ocarina of Time and Majora’s Mask–my second and third Zelda games ever–and the concept of a ‘Toon Link’ was so bizarre to me, the switch in worlds so monumental that, as a ten-year-old, I irrationally decided to reject the game entirely. It wasn’t until I was much older and the HD remake was released that I decided to give the game another chance, and found that I actually really liked it. In fact, it has, up until this point, become one of my favorite Zelda titles and I find myself replaying it every four-six months; almost as much as I replay Ocarina of Time.

Beyond the jump is a video where the guys at IGN explain this common occurrence throughout the fanbase. That, in the last twelve years since The Wind Waker‘s initial release, fans have converted from hating the change in Zelda’s direction, to absolutely adoring it and eager for more re-releases of favorite Zelda titles.

What were your first thoughts when The Wind Waker was released? Have those thoughts changed since the remake? Which version of the game do you prefer, GameCube or Wii U? Let me know if you shared my experience with this now cherished title or if you were a devoted fan from the get-go. Consider this as well; which version of Twilight Princess do you think you’ll enjoy more? Are you a avid player of the GameCube or the Wii version? Will playing Twilight Princess HD change that? As always, feel free to answer these questions and leave your thoughts in the comments below.