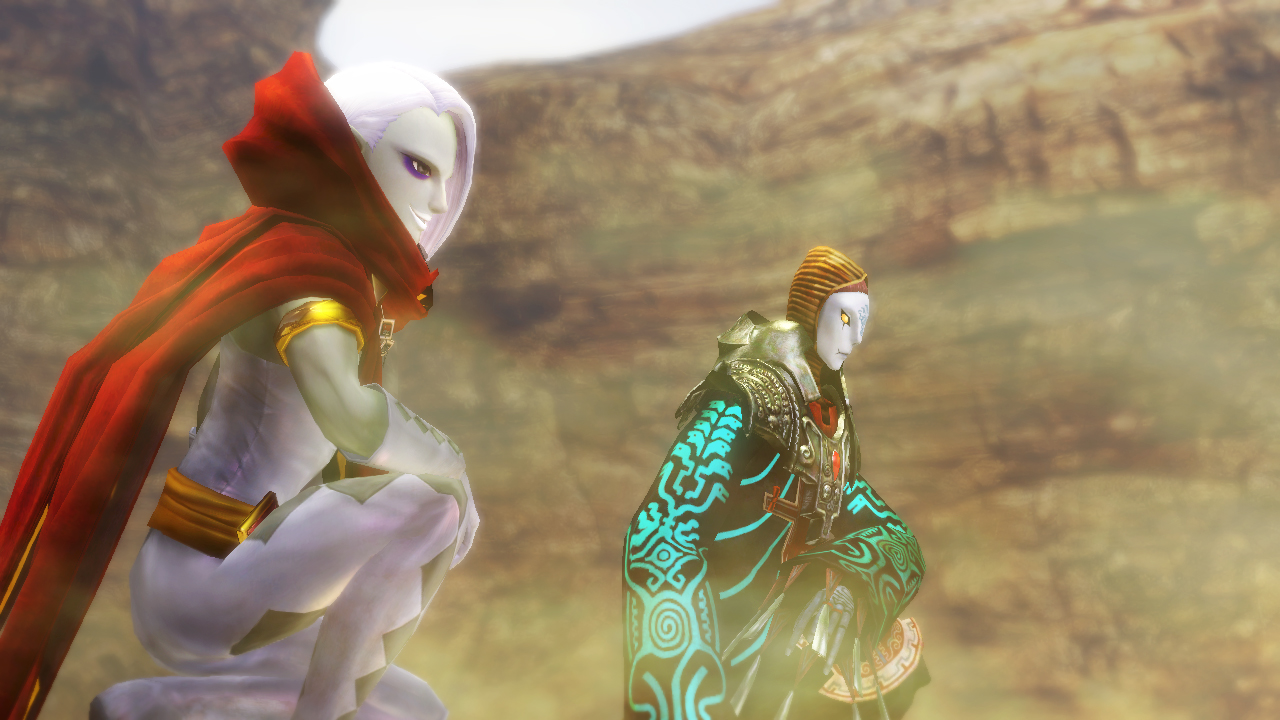 Some great new Hyrule Warriors screenshots recently appeared over at imgur, and there are a lot of new images of Cia, Ghirahim, Zant, the Dark Wizard, Volga, and Ganondorf, with some content worth theorizing about.

Check out the pictures after the jump!

To start off, here are official artwork images of the newest playable villains: 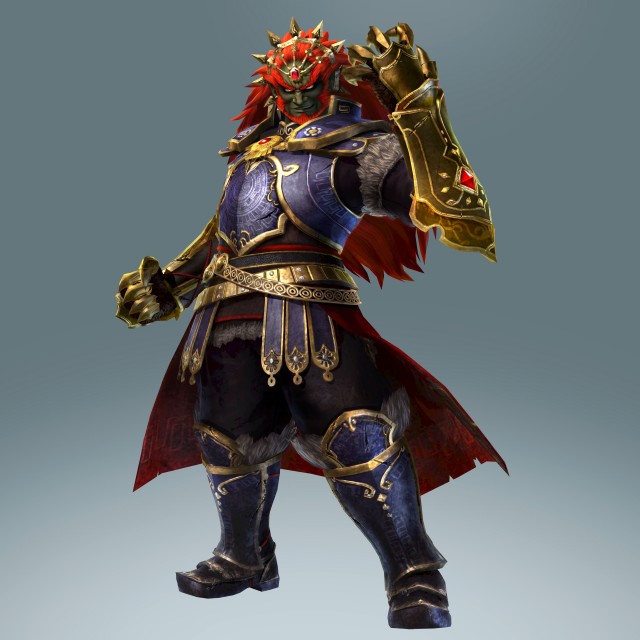 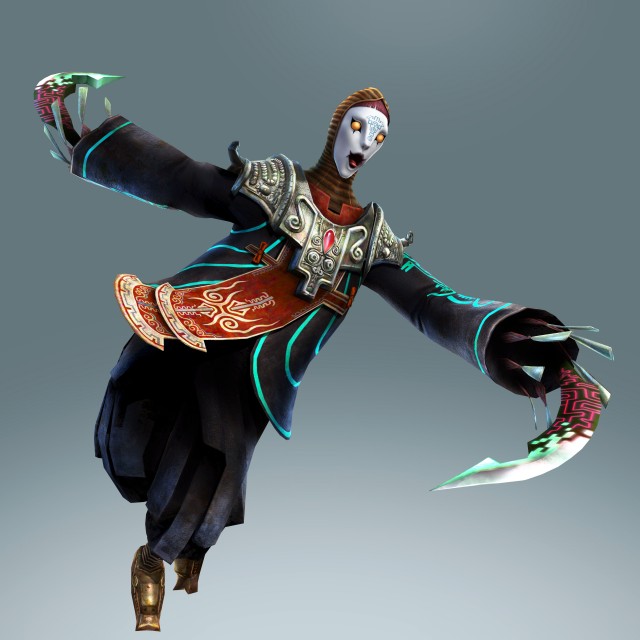 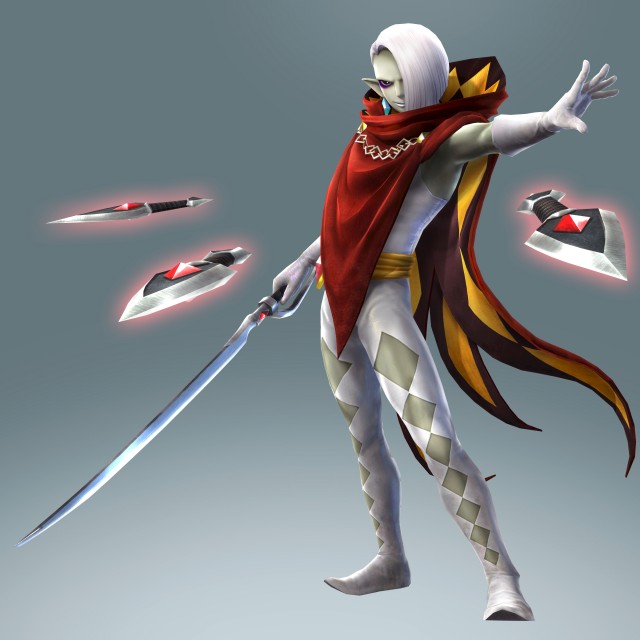 Not only does everyone’s favorite Demon King return, looking awesome as ever, but it really is nice to see the return of two of the most freaky, yet amazing, evil characters in all of Zelda.

We have some new still images of Ganondorf in battle. 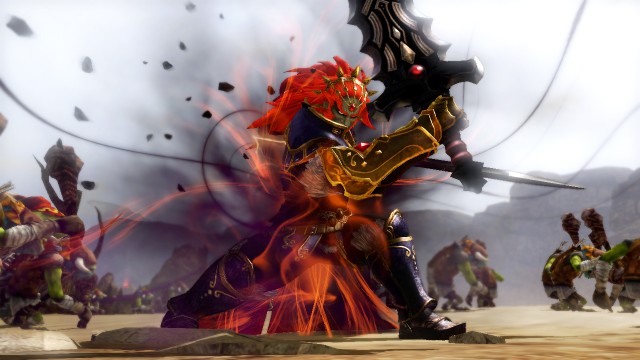 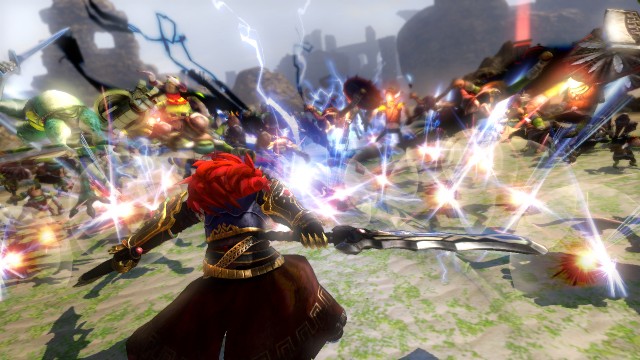 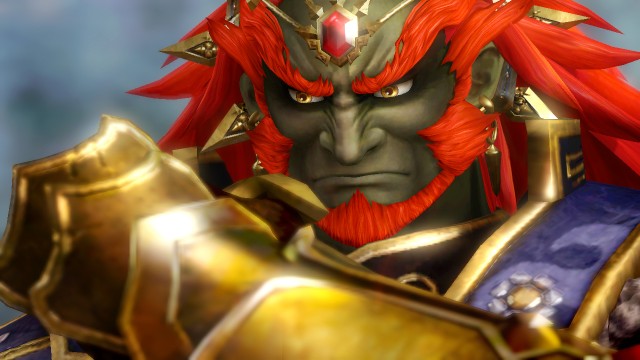 One really can’t help but see Demise’s movement in Ganondorf’s attacks; powerful and heavy, yet agile and concentrated.

We get our first still shots of Ghirahim fighting. 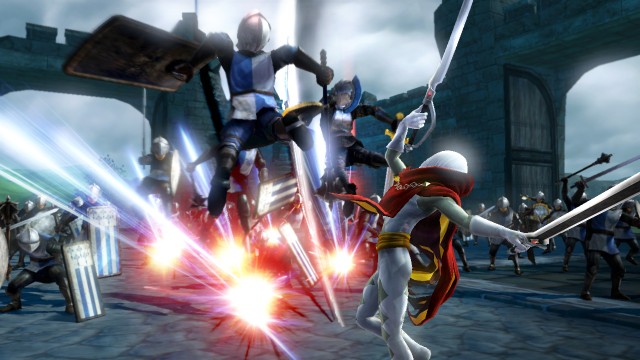 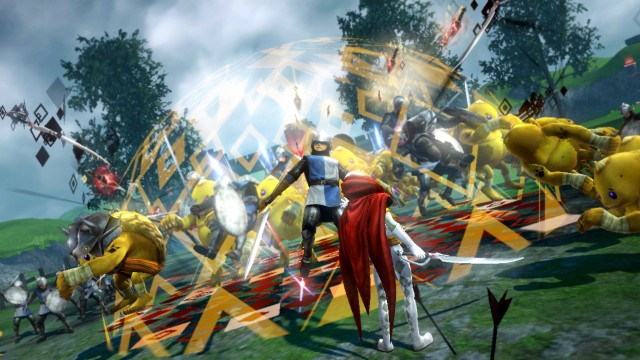 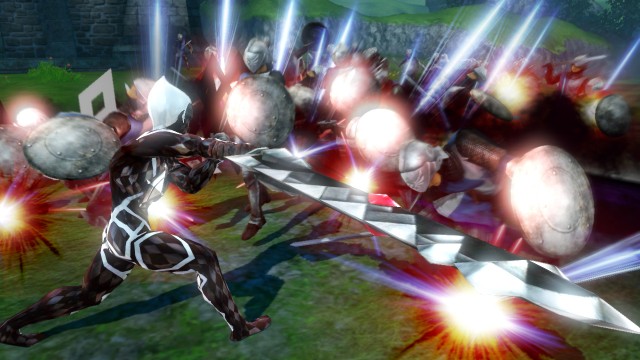 His magic is very familiar, after seeing his magic kunais and barriers in Skyward Sword. Also, seeing his raging final form is always nice. It reminds you that he can quickly go from flamboyant and mischievous to, well, “Furious! Outraged! Sick with anger!” 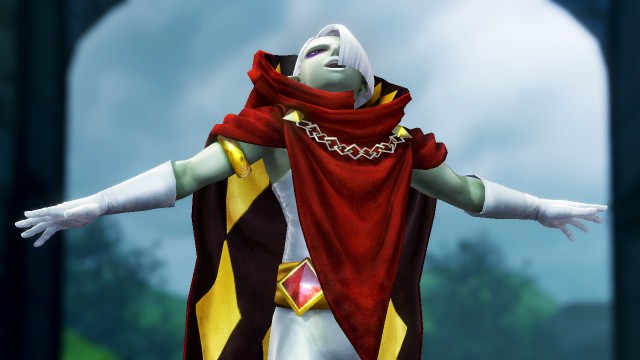 And still fabulous. No doubt about that.

Then, we have Zant. 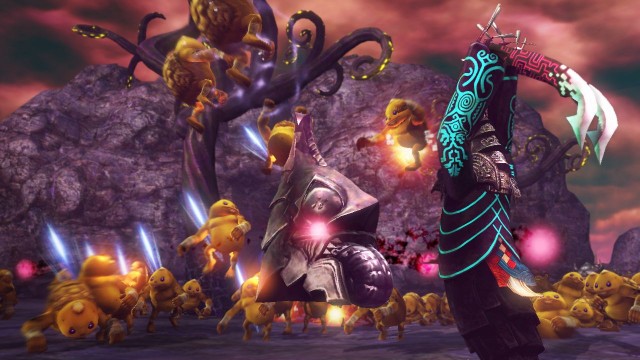 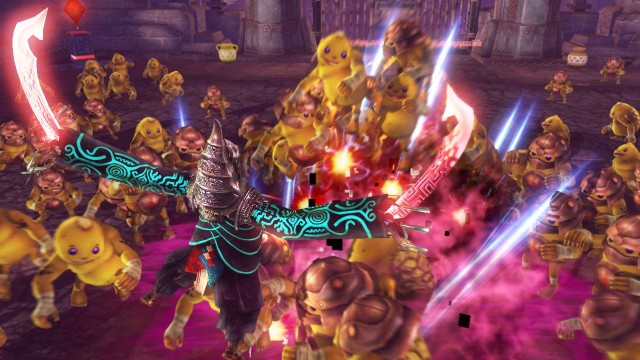 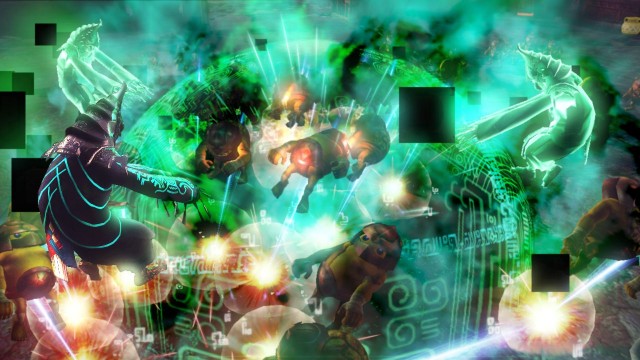 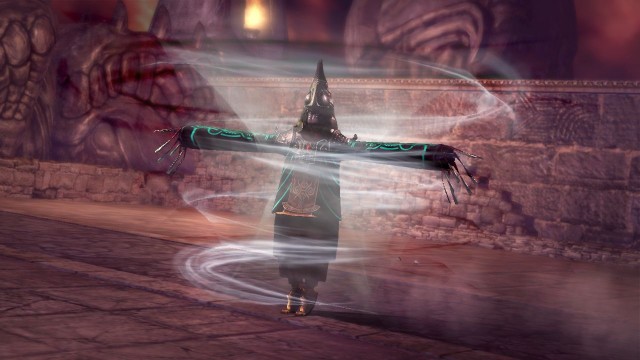 Zan’t moves take straight from the best moments of his boss fight in Twilight Princess. With those twin scimitars and serious psychological issues, he will be quite insane in a fight. And really, who else cannot wait to turn huge and belly-flop onto dozens of enemies? 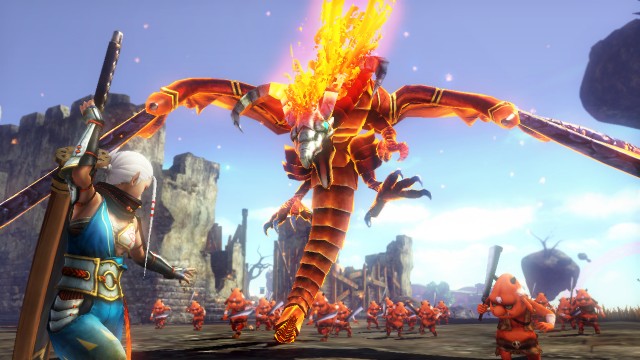 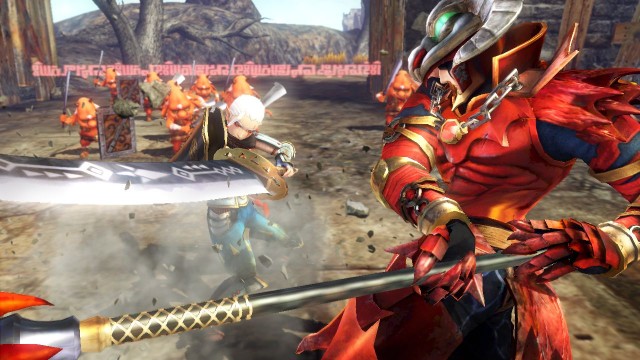 There is not really much new to see in Volga’s shots, but his attacks still seem quite cool, and it would be nice if we could play as him at some point. 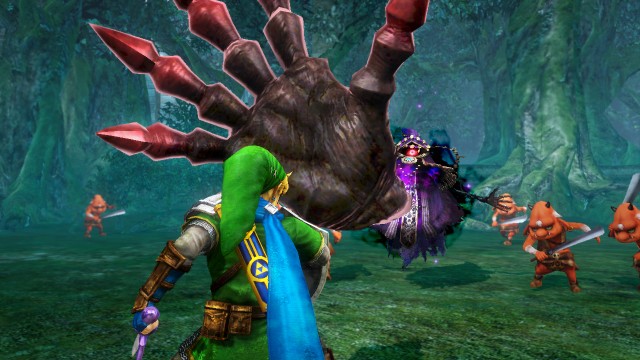 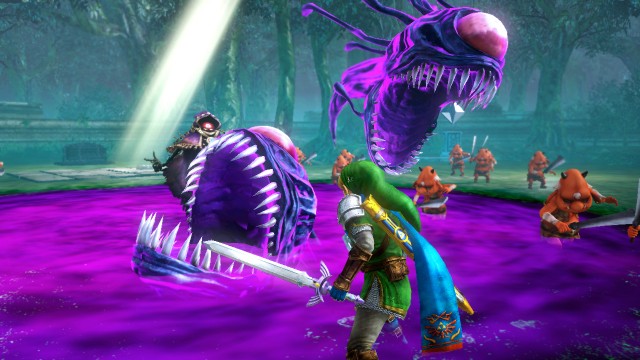 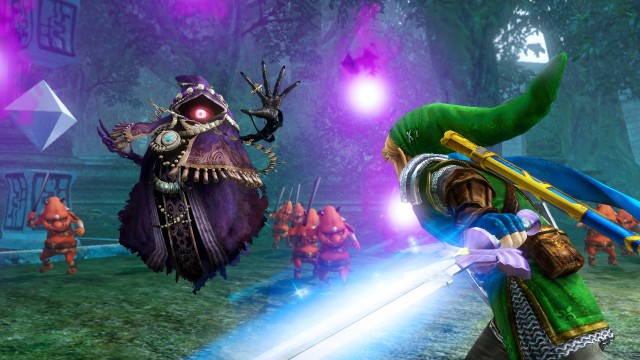 The Dark Wizard would be awesome to play as. His attacks are very cool, centering around, obviously, curses and dark spells. One of his attacks, where he summons a giant hand, reminds me of a wallmaster, and because of that, instantly gives me the chills. Hopefully, we might learn more about him soon.

Some of the most interesting screenshots are of Cia. 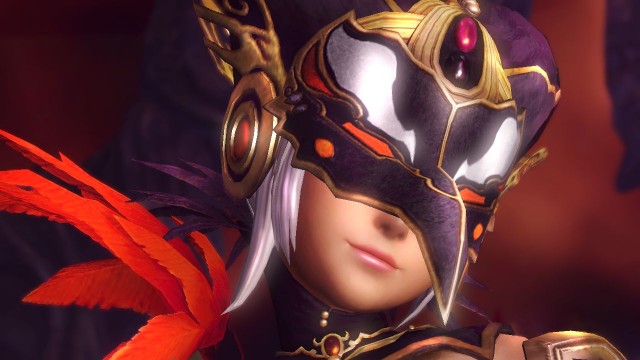 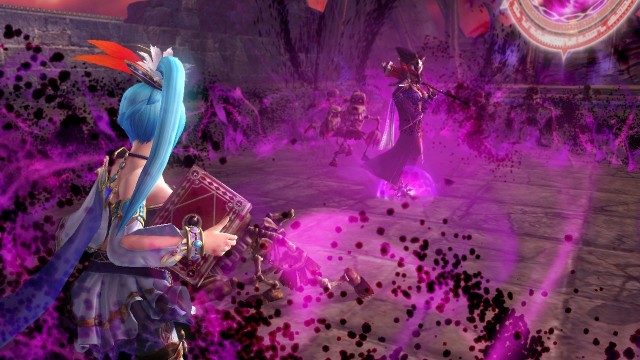 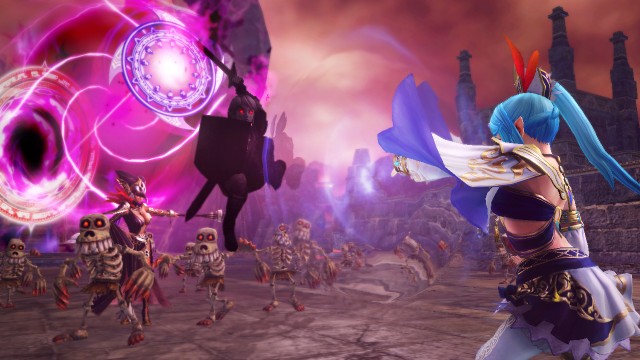 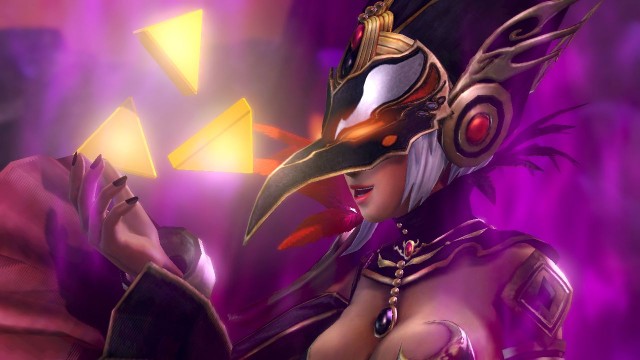 Of course, her attack patterns and closeups are always neat, but the shot of Dark Link is very intriguing. Many fans, including me, would be elated to see Dark Link in a game again, with an actually prominent part to play, but alas, this image makes him seem like nothing more than and element of one of Cia’s summoning attacks, like that of Lana’s summoning gates. Finally, there is the image of her with the Triforce. The FULL Triforce. If she has all three pieces, why is she not using them? What is she planning to use them for exactly? Only time will tell. 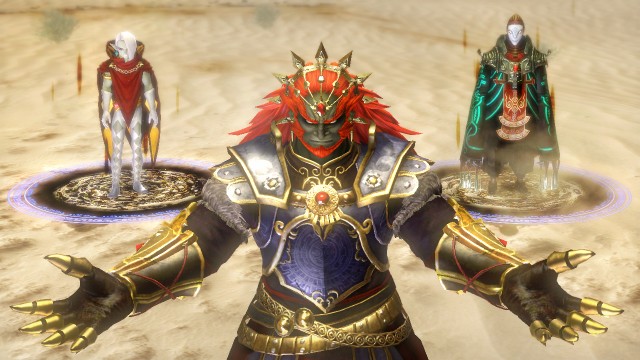 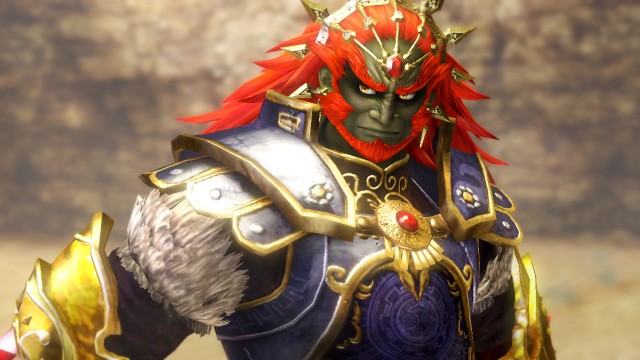 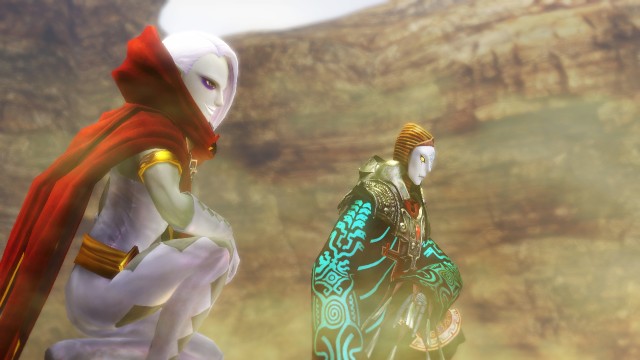 These last three pictures are rather interesting as well. It seems that Zant and Ghirahim are bowing down to Ganondorf, as they are coming up from portals he seems to have made. Ganondorf is, after all, an incarnation of what both of them have previously bowed down to. But then, how is Cia involved? Maybe she summoned the villains from their respective times, and they all work for her, or maybe Ganondorf said “HECK, NO” to that, and made Zant and Ghirahim work for him. Again, may the release date hurry here, so that we can have our answers.

Are the villains shaping up to be as amazing as you expected? Leave your thoughts below!