Beware of the terror, the terror of spoilers. It is the sort of burden no mortal can truly bear. As long as these spoilers remain unopened, the whipping, howling winds will crash into the clouds like a battle between titans. Rain of fire shall fall wherever you turn as the madness of what lays within this article torments your every thought! Nightmares of dark visions shall blot out your day until the light is but a memory! It shall bring forth earthquakes, tsunamis, vermin! CALL PEST CONTROL!

Giving way to afternoon sunshine after you follow the jump!

In a twist that surprises no one, Ganon has hijacked the plot, and has turned Hyrule Field into the equivalent of Candyland gone bad. It’s a very appropriate place for a final battle I’d say, but did you notice the giant Master Sword to be found in the distance; it would seem like time itself is starting to go haywire as the plot continues into its final stages.

Something to comment on is the appearance of Ganondorf’s final form. In spite of the poor quality footage, we see that Ganon is as intimidating as ever, and the Golden Gauntlets from his previous form have grown with him.

We have also learned more of the story involving Cia and Lana; Lana is actually Cia’s other half filled with goodness and happiness while Cia is the half that was corrupted by Ganondorf. She was trying to protect the Triforce from Ganon’s influence by using the Triforce of Power to seal him away. As a consequence, she was split in two, and the remaining Triforce pieces were scattered. Link and Zelda were given Courage and Wisdom respectively, while Cia became the wielder of Power.

And as an extra helping of spoilers, we see Cia without her mask after Midna assaults her: 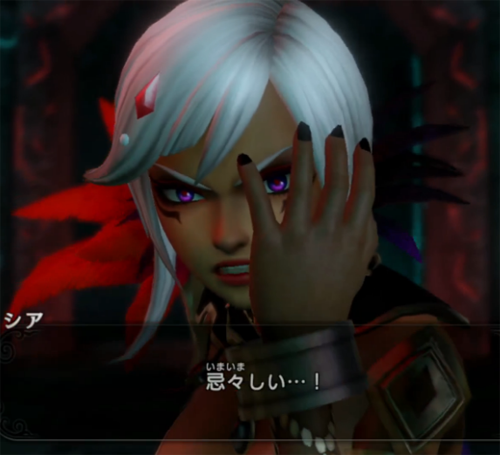 While it stinks knowing spoilers, I’m actually very excited to play that final map. It looks like the perfect backdrop for any final battle involving time travel, and Ganon looks perfect. I’m also glad that Cia turns out to be more than what the original story told us she would be like. It’s good to know she wasn’t solely corrupted because of her love for Link.

Give your thoughts in the comments below what you think of these spoilers.