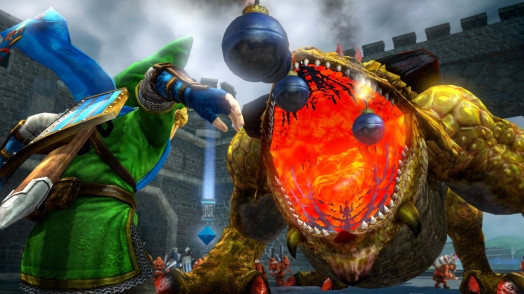 Hyrule Warriors is probably the most anticipated game of the month that isn’t Destiny, and Nintendo of America is giving fans an opportunity to get their hands on the game a little early in the form of a playable demo. Select retailers across the country are taking part in this event including Target, GameStop, and Best Buy. To those of you who have been following this game so far, you are probably familiar with the part of the game that is playable. The demo gives players the opportunity to play as Link, Zelda, or Midna and take on King Dodongo in Hyrule Field. If you happen to live near one of these retailers, click here to see a full map of locations where the demo is available.

There is still no word on a demo coming to the eShop. With the game releasing later this month, I personally don’t believe that it will be made available in that format. So this may be your last chance to get out there and play the game before it’s released. If you’re like me and aren’t fortunate to live within a reasonable distance, it may be time to set up a day trip. Are you one of the lucky ones that live just down the road or are you getting ready to go on a journey to get the chance to play? Let us know what you plan on doing in the comments below.