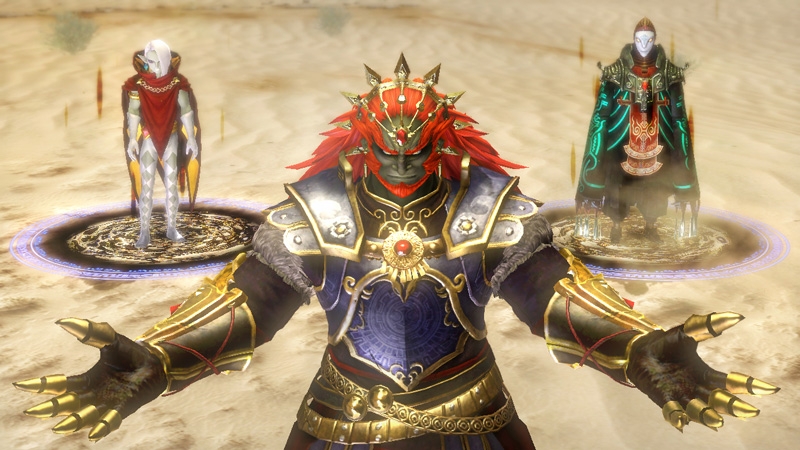 Hyrule Warriors Official Japanese Website has been updated and we have some new details about Zant, Ghirahim, and Ganondorf, confirmed as playable characters in this week’s Nintendo Direct. Also, we have some other info about two enemies: Manhandla and King Dodongo. 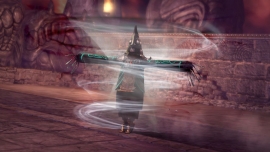 “The man who is told to have ruled over the world in the shadows with the power that he took away from the Imperial Family is summoned by Sorceress Cia through a transmigration door. He’s often hysterical: A trait that comes out even more if things don’t go as he wants or if he feels cornered. Zant equips both hands with scimitars, but he also uses his magic powers to become bigger and perform a special attack in which he crashes his entire body into the surface.“ 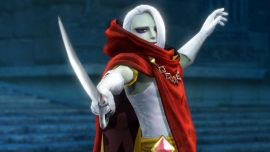 “This evil being is full of pride and intoxicates everything near him. He sees himself as a narcissist, working for oneself, clean of guilt. Ghirahim is a careful servant, but his merciless true character usually appears with brutality when angry. He transforms into a huge sword and finishes his enemies with a single stroke. He also shows his swordplay skills by creating a variety of devil swords. He’s good at combat, using fast movements and summoning demons when needed. In addition, he potentially improves his dark magic powers by changing his form.“ 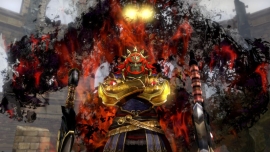 “Evilness became one with darkness and Ganondorf appeared. He calls himself a demon king with no fear, but more importantly, he believes he’s the only person able to control the Triforce of Power. His goal is to obtain the Triforce of Wisdom and Courage, and use them along with his terrible power to rule over the world. Ganondorf carries twin swords with him, swords that no ordinary men could ever move or swing. The only thing they can do is kneel before him.“ 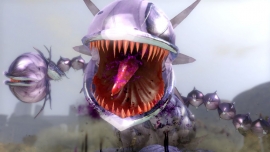 “This demon is a huge plant growing in the barren land with the ability to rigidify the epidermis. It suppresses the release of water, to protect its body from foreign enemies. Under the sand, its roots grow slowly, but they move freely. It is a horrifying plant to look at, and there’s no end to its abilities, allowing it to change from a crimsom body to one with a crystal shell that looks like a fine jewel but is far more dangerous.“ 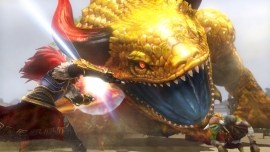 “His big body is covered with tough skin in defiance of blazing lava. He doesn’t like when someone enters his territory and this changes his behavior, turning him violent, aggressive, and hostile. King Dodongo has a bag that accumulates his bodily fluid and raises it to a high temperature flame that he uses to attack his enemies. In addition, he uses his long nails to travel underground: An ability that only increases his destructive power.“

This information seems to confirm the number of characters and enemies, but we can’t be sure yet. Nintendo and Koei Tecmo are still updating the website, so we may have more details coming this week. It should also be noted that while our translation team tackled this, Japanese to English isn’t an exact science; thus mistakes are bound to happen. We’ll update the post if we notice in glaring issues. Share your thoughts about this with us in the comments section below!