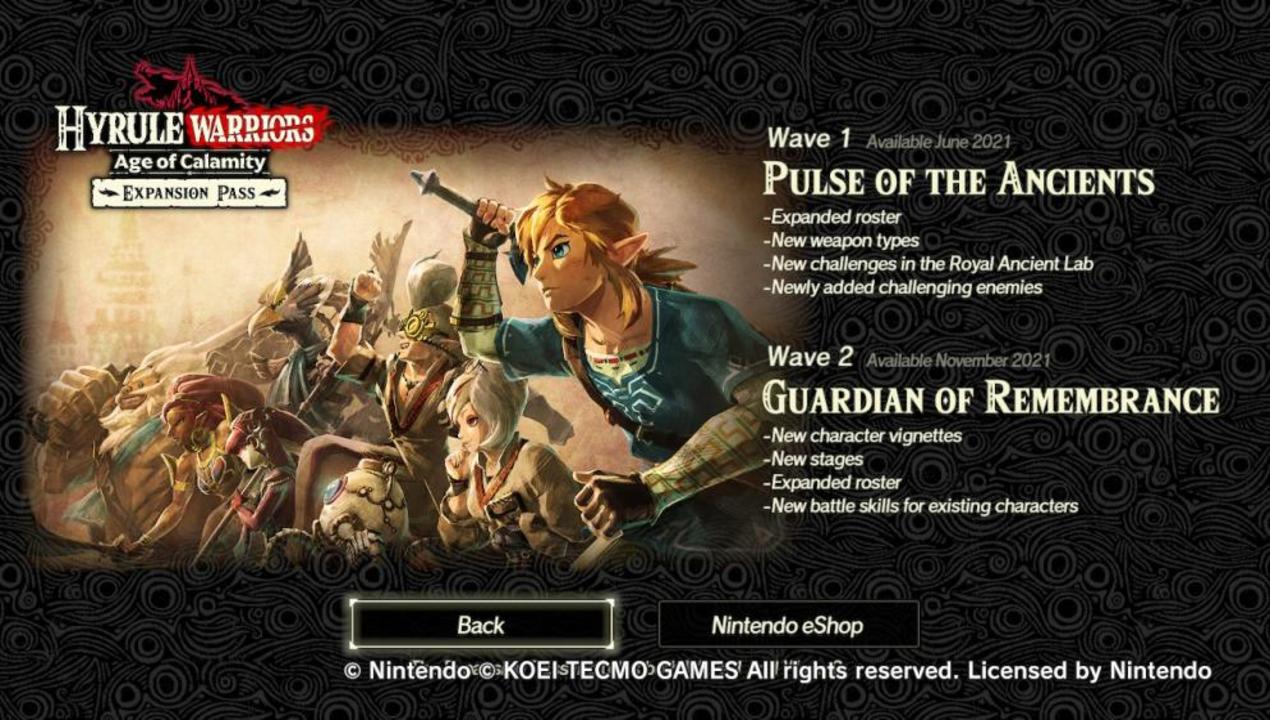 After months of silence, fans finally know the titles of the two “Waves” that make up the Expansion Pass for Hyrule Warriors: Age of Calamity.

The first wave, releasing in June, is dubbed “Pulse of the Ancients.” This pack will feature an expanded roster, new weapon types, new challenges at the Royal Ancient Lab, and new challenging enemies. The second wave, releasing in November, is dubbed “Guardian of Remembrance.” It will also feature an expanded roster, in addition to new stages, battle skills for existing stages, and character vignettes.

The Expansion Pass for Hyrule Warriors: Age of Calamity retails for $19.99 USD. Pre-orders are available now.

Prepare for the next battle with the Hyrule Warriors: Age of Calamity Expansion Pass DLC, as new characters, stages, and more await! https://t.co/f3HxluJ1kt pic.twitter.com/O9u9HhqJOx

What do you think of these names? Do they give you any interesting thoughts or theories? And will you be purchasing the expansion pass? Let us know in the comments below!