Posted on August 10 2014 by Nathanial Rumphol-Janc 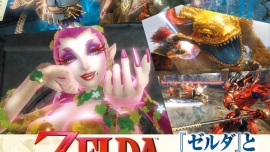 We just got our hands on a 14 pages worth of scans out of the latest Famitsu Magazine out of Japan, courtesy of Nintendo Everything. While Nintendo Everything has some baseline information from the scans already, we’re going to have our translation team comb through it so we can compile a more informative information gather on the characters and stages later today. That being said, it’s no surprise the game has gotten such a massive spread since the game launches in just 4 days in Japan.

Stay tuned later as we try to dissect some additional details!