Gossip Stone: How Should Zelda Wii U Utilize the Gamepad? 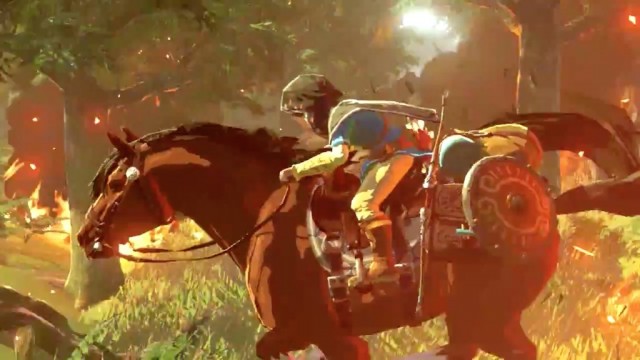 Any Zelda game is typically based on two great mechanics, puzzle solving and combat. Zelda producer Eiji Aonuma has already stated in a recent interview with Kotaku that puzzle solving in Zelda Wii U will drastically differ from the typical block sliding and torch lighting exercises. On the other hand, GameExplain has released a Zelda Wii U Trailer Analysis seen here and the most important piece of information related to combat is the fact that Link’s sword is holstered on the right side of his horse and the shield on the left suggesting Link will most likely be right handed and that the game involves motion control to a certain extent.

How do you think the GamePad should be utilized in Zelda Wii U?

In Zelda Wii U, it would be nice to experience a new item and weapon interface. In the trailer Link’s horse is shown rearing upwards to aid link in an aerial assault with a futuristic blue energy arrow. I think the Wii U could benefit from the gamepad’s potential in this instance by possibly having first person control on the gamepad while using weapons in an aerial attack from the places like a cliff or the horse while maintaining the cinematic of the epic boss battle on the big screen. That being said, how do you think combat will evolve in Zelda U?