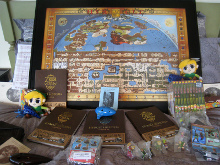 Our friend Melora over at History of Hyrule is doing a fan art contest in celebration of the site’s 10th anniversary and the release of Hyrule Historia. The entries will actually be used for a digital calender in 2013, something History of Hyrule has done before. The contest rules are a bit strict, and must follow the literal theme of Hyrule’s history, so I’d recommend reading the contest rules in-depth in the official contest thread.

The prizes? 12 winners will be awarded a number of prizes, including Japanese copies of Hyrule Historia, official figurines based on Skyward Sword, Ocarina of Time 3D and Phantom Hourglass, a Map of Hyrule print, the boxed set of Zelda manga, and more! Jump inside for a bigger photo of the prizes and more information. 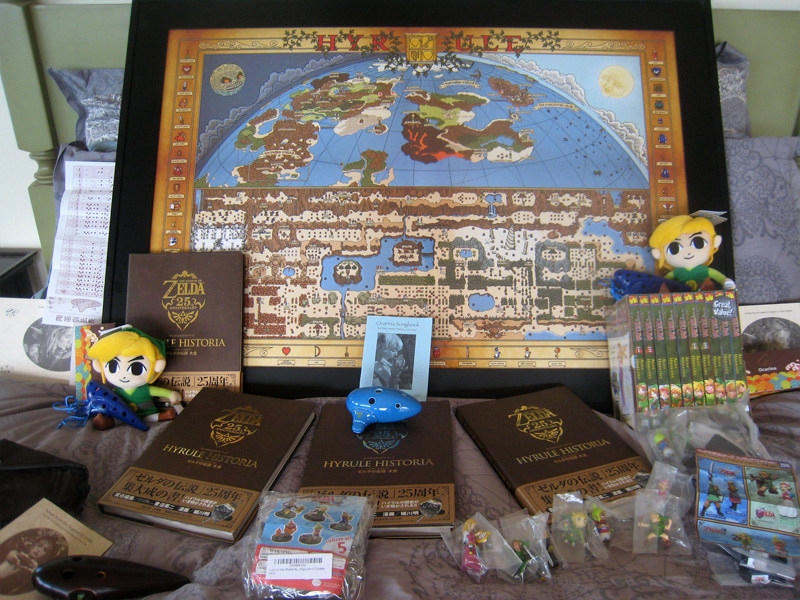 Many of the prizes are pictured above (several are unannounced) and as you can see, they’re all very cool.

The idea of the contest is to basically do a drawing or painting (it can be digital) depicting a scene that could be a moment in Hyrule’s history — ancient or modern — emphasizing well thought-out original ideas that fit over direct reproductions of scenes from the games; it doesn’t need to be canonical. Melora has detailed this more clearly in the contest thread and you can also contact her if you’re unsure if your piece works. There are other strict requirements so I would recommend you read them carefully. The deadline is November 30, 2012.

I think this is a cool contest with an interesting theme. I’m no artist, but if I was I’d join in a heartbeat. The prizes are cool; they might be Japanese copies of Hyrule Historia, but these are great as collectibles or for those who can read Japanese. Melora’s a good friend of Zelda Dungeon’s, and has helped contribute to the community a lot in the past, so seeing a contest like this from her is great. So help me out: Compensate for my lame art “skills” and join in my place!