Gossip Stone: What Could Nintendo Use As Their Big Zelda Wii U Marketing Platform? 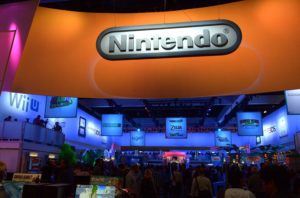 Zelda Wii U is almost guaranteed to be releasing this year, what with Nintendo’s latest – and rather adamant – clip of the game, with a big ol’ “2016” plastered in front of Link. That basically means that we can expect Nintendo reveal a metric ton of info on the game this coming E3, followed by a bunch of advertising and marketing for the game. After all, as Nintendo’s biggest franchise, beyond Mario, Zelda deserves no less. That being said, what will they do? How will they let the world know that this is the game that will “change the conventions of Zelda”, and bring the series to new and amazing places? 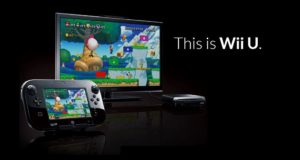 Something that has been said a thousand times over – and is sadly true – is how badly the Wii U has been marketed ever since it’s inception, leaving it with a severely limited audience. This could also be said about many of its games, which are great, but Nintendo does not always take the necessary time to market them well, and therefor do not make people want them. Some games, however, are different. Notable examples of exceptionally marketed games on the system are Super Mario Maker, Super Smash Bros., and Splatoon, which has skyrocketing sales, mostly due to the word Nintendo put out about them left, right and center. Zelda Wii U is very likely to receive similar treatment. With all the secrets they are keeping and the delays required to finish the game, they are likely just as excited about its release as us fans. But that raises the question: just what is the best way to market a games this important? 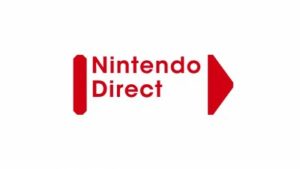 Well, there is the obvious method of hounding players left and right about it on Facebook, Twitter and wherever else about its upcoming release. That seemed rather effective given the situation with Splatoon. It could slowly reveal its new features/additions to traditional Zelda gameplay through YouTube videos, like how Super Mario Maker slowly revealed it’s several cool features. And of course, the great Nintendo Direct we all want to see, the one that we dream of being entirely Zelda-centric, could very well happen before or after E3, talking about Hyrule Warriors, the 30th anniversary, and of course, Zelda Wii U, providing new trailers or development info. That always brings the hype in the best ways possible. But what about new ways that have not, or at least have seldom been used to market new Nintendo titles? What could Zelda do differently?

There is always the prospect of new Amiibo, and the fancy new features that come with them. Nintendo has made a point of mentioning the ability to transfer Twilight Princess HD data to Zelda Wii U, so maybe that and a brand new Amiibo could be a good advertising tool. There is also the rather unusual thing that Super Smash Bros. did for a long time before release, over on Miiverse. Every week, Masahiro Sakurai would post something like a screenshot and a caption, teasing people’s wish for new info on the vast new title, and a lot of the time, one photo, or a group of photos, would get EVERYONE talking, and theorizing about the new, unfamiliar content featured. This is a good way to keep people constantly engaged before the game even comes out. That, and one for Zelda could include artwork, new enemies, characters, and much more. Finally, the prospect of Zelda Wii U being a duel release on NX. This is a very slippery topic right now, as people seem to often forget the definition of the word “rumour”, and accept a lot of what they hear about the NX and the new Zelda as fact, when realistically, Nintendo has said virtually nothing about either, other than their simple existence. That being said, there is a chance that Zelda could end up on NX as well, and if that is the case, the game will likely market itself, as a defining release title on the console. After the Wii U’s rather clear failure as a marketing figure, people would gravitate towards the NX and it’s shiny new Zelda game, while leaving the Wii U version alone. There would be little for them to do that would need to drive the hype any higher, but still, while properly marketing the new console, Zelda could act as a clear focal point in how the console works, and what makes it special.

What do you guys think? How should Zelda Wii U be marketed, and what is the best way for Nintendo to get the word out about this massive new game? Drop a comment!