Gossip Stone: What Are Your Thoughts on Gratitude Crystals? 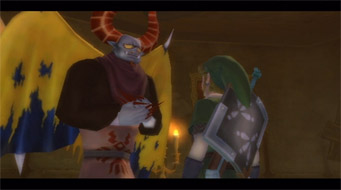 A typical standard for a Zelda game is having some form of collectibles- just as Ocarina of Time had Gold Skulltula Tokens, Minish Cap had Kinstones, and so forth. With this idea in mind, Gratitude Crystals were born and introduced as the collectibles of Skyward Sword. They’re collected by doing good deeds for people in Skyloft, and the other many places he happens to journey to throughout his adventure. I’ll be explaining a bit more about Gratitude Crystals further on, so if you’re interested, don’t hesitate to hit the jump!

When in Skyloft, Link is asked at one point by Wryna -a citizen of Skyloft- if he’s seen her daughter, Kukiel- believing that she’s either missing or has been kidnapped. Being Link, he begins his search for clues on the whereabouts of Kukiel. And after gathering enough clues, Link finds Kukiel with the demon known as Batreaux. Just before Link attacks him, Batreaux explains he’d never dream of harming the citizens of Skyloft, but rather, would like to befriend them. However, due to Batreaux looking like a demon, it makes it a difficult process. In order to help fulfill Batreaux’ wish, Link is asked to obtain 80 Gratitude Crystals, which -by monster legend- would turn Batreaux into a human. And as Link delivers Gratitude Crystals, he’s rewarded with various items helping him along the way (such as wallets, a medal, etc). 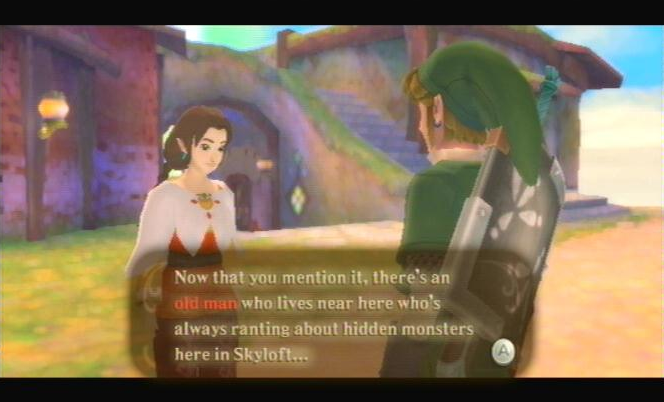 I can safely say that I was never huge into collecting Gratitude Crystals, but when an opportunity was in front of me, I did not hesitate to cease it. So throughout the game I never did deal too much with the candy-like crystals (just call ’em Pop Rocks from here on). However, the idea and lore behind them was something I did find rather enjoyable, in the sense that it simply exists. Gotta say though, collecting the littler things was always difficult for me to dive into… 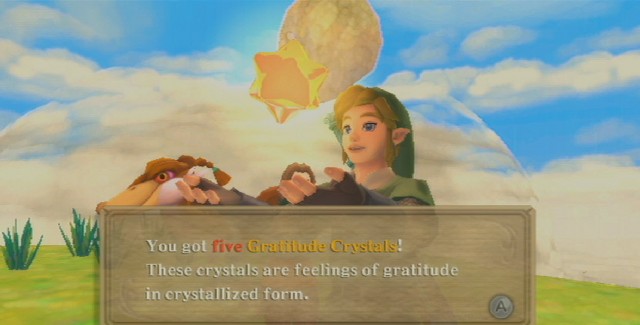 So then, what are your thoughts on Gratitude Crystals? Did you like the idea? Or do you prefer something along the lines of Gold Skulltulas? Or perhaps, something entirely different? Let us know by sounding off in the comments!

Heyo. My name’s Liam! And I’m a huge Zelda fanatic. Ever since I was a kid, I’ve been in love with Zelda’s rich stories and adventures. My favorite Zelda game is Wind Waker, and I show much love for all others, as well.