Gossip Stone: Should Heavily Themed Dungeons Remain a Part of the Zelda Series? 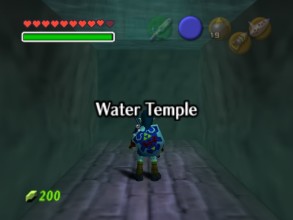 In games like Ocarina of Time, designating a specific element to each dungeon made perfect sense because each corresponded to a Sage of said element. In many Zelda games a similar pattern is followed, either by having the player collect element specific items within the temples or placing them in provinces that bear the same elemental traits as the dungeon residing in it. This made receiving and using specific weapons in each temple viable, but with a new age of nonlinear open world Zelda games dawning, can and should this gimmick remain a staple of the series?

Having themed temples is beneficial to players. The areas surrounding them serve as landmarks, so if you need to find the Forest Temple you got to Kokiri Forest and so on. It’s also a give-in that when entering a Fire Temple Link will need to wear some protective clothing. And having distinct traits assigned to each temple makes them easy to remember and set apart from one another. Essentially, having heavily themed dungeons is a good way to guide players and keep every phase of the game organized. This is also the not so great thing about these temples, though. They keep the game sectioned off rather than allowing the world to flow together and that is precisely why it may be difficult or at the very least unbecoming to allow heavily themed dungeons in an open world Zelda.

An even bigger issue than set-apart dungeons ruining the ambiance of a seamless map is needing certain items to traverse certain temples. Sometimes to reach a temple, one needs a theme-related item. For instance the Water 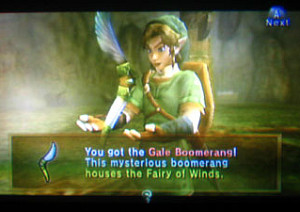 Temple in Ocarina of Time requires the player possess Iron Boots, which also forces the player to complete the Ice Cavern. This kind of step-by-step isn’t going to fly in an open world game. Let’s face it, in most Zelda titles the dungeons are ordered so that one only needs to use items that have been previously acquired to make it through. That’s not to say that the temples in Zelda Wii U can’t require you to have stumbled upon a certain cave or finished a sidequest and received an item to be playable, maybe that can be a gameplay mechanic used to control the player or force exploration. For me, that feels restrictive, and to have to stop midway through a temple to go find an item that could be just about anywhere is ridiculous and I doubt is a mechanic that will be used often if at all.

Rather than place important items in corresponding themed dungeons, Nintendo could go the A Link Between Worlds route but one step further and have all the weapons available to the player from the start. I didn’t love having to pay for weapons nor go back to Ravio’s shop after dying, but doing something similar is one way that heavily themed dungeons can remain without hindering the player’s progress. In terms of things being chopped off 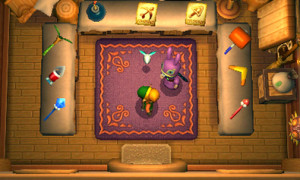 into sectors, cutting out the middleman will likely make that feeling go away. By that I mean, not having to enter an overworld (i.e. Hyrule Field) before accessing different areas will allow the world to remain cohesive. There’s no way the series can do away with elementally themed areas– the different races live in vastly different environments– so temples will have to follow along with those themes. As long as there’s a smooth transition between the different areas, and the dungeons don’t need to be done in any specific order as a result of their elements, we should be a-okay.