Gossip Stone: How Much Should We See of the Final Boss/Main Antagonist Along the Way?

Throughout the Zelda series, antagonists, whether returning as Ganon, or appearing as someone brand new, have presented themselves in very different ways. Sometimes, our main enemy in a game has been completely unknown to us until very close to the end of the game, and other times, we have been shown the power and ominous appearance of them several times throughout the game. To what extent should we be shown the primary enemy throughout a Zelda title? 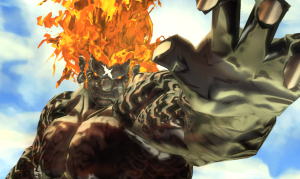 I recall playing The Legend of Zelda years ago, and knowing what to expect in the final boss fight do to spoilers from many sources over my years of fandom. But think of how it would feel for someone back in the day, to play through the game knowing only the name of the enemy: Ganon. You only see a question mark for his picture in the manual, and you end up walking into the final fight totally clueless as to what he will be like. This is quite an ominous way to present a main antagonist, but only in context. Nowadays, with the scale and cinematic nature Zelda and many other games take, having a final boss suddenly appear out of nowhere with little to no context is often seen as a mistake. Personally, I think Skyward Sword pulled this method off in a great way. We had Ghirahim, the love-to-hate villain that we get to know throughout the game, but his “master” is hinted at the whole time as the hidden, unknown evil. We finally get a name, Demise, and learn that this abomination we keep fighting is really something much worse. Eventually, we come face to face with the real Demise, and see what he is truly made of. In presenting Demise like this, we feel like he was always there, but really, his true form and personality are not shown until the very end. Still, though, he felt like a worthy villain, especially in the context of his roll in Hyrule’s history. 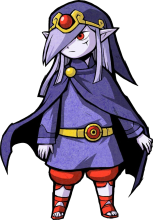 Then there is the opposite type of villain presentation. Think back to Ocarina of Time, A Link Between Worlds, or The Minish Cap. In those adventures, we see the villains at least a few times, and each time, we learn something about them, see them grow more powerful, or simply better understand just how evil the really are. Gaondorf, Yuga, and Vaati may take different forms in the final fights, but we still understand just who we are fighting by the end of the game. Depending on how such a villain is presented to us, some might say this lacks a sort of element of surprise when coming to the final hours of the game, while others could say that seeing, interacting with, and understanding the villain along the way offers better character development.

What do you guys think? What Zelda game has presented its villain in the most effective way, and how should games do it in the futre? Leave a comment below!