To many players, the Zelda series is best known for its story. The memorable plot lines and legends connected to each tile stay ith the fans for years. Still, though, I can’t help but feel like Zelda’s stories are rather simplistic, to be blunt. Yes, the intricate and complex timeline is one thing, but in terms of individual games, no one entry in the series has a storyline or lore that takes a lot of thought to understand on the players part. What if one day Nintendo decided to up their game? What if suddenly we were presented with a Zelda game that had intricate lore, and many cryptic details that the player had to put together for themselves before they could understand what was truly going on? Could this work well in a Zelda title?

I have never been one for putting story above all else in a game. The actual gameplay takes that position for me. Still, Zelda could prove to have some great storytelling aspects if it really tried. It does alright already, but having to dig deeper for the answers to the mysteries around you could prove a lot more fun. After all, who says that the puzzle-solving must be confined to the dungeons? A chance to explore the mysteries surrounding the citizens of Hyrule would be appreciated. With more detailed, interactive characters with optional sidequests and deep backstories, the player could ultimately use these characters as gateways to learning more about the world around them. 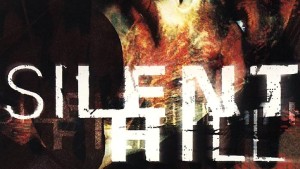 As for the actual plot itself, imagine you play through a game, doing what you can to learn about everything that is happening, and you get to the end, only to be left confused. Maybe you do not know what just happened, or at least have some serious questions that you still have no answers to. If the answers are there, hidden deep within the world you just finished exploring, that gives you motivation to play through the game again. If given the opportunity to learn more about the plot, the world’s lore, and the quest you are on, fans would likely be happy to play the game again. After all, a new Hyrule with grande, expansive lore about even the smallest aspects of kingdom, would warrant many more hours of gameplay, simply to dive deep into how all the points in the plot connect. Replay value like this is something other series, like Bioshock, Portal, and the earliest Silent Hill games, have used very well, leaving all the pieces there for players to find, but not making it a walk in the park to put them all together. This encourages discussion among players, as well as individual gamers putting on their thinking caps to discover things more than just how to open a door to the next room in a dungeon.

What do you guys think? Do you think the world of Hyrule could use some more detailed, complex storytelling? Should the player be made to use their brain for more than just the typical puzzle? Drop a comment below!