“Goddess Reborn,” a Zelda Fan Zine Spotlighting the Women of the Series, is Now Available to Download!

Posted on September 24 2022 by Charles Xavier 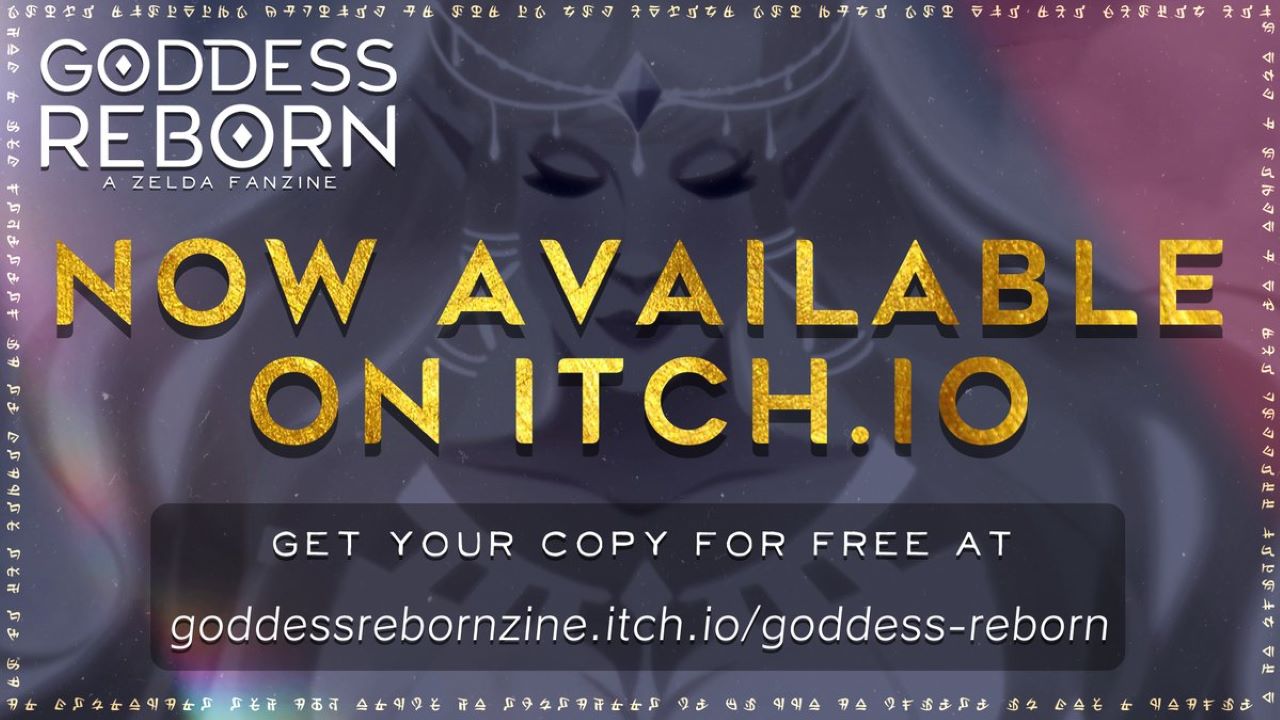 Two years ago, I had absolutely no clue what a fan zine was. Now it’s hard for me to imagine a time where I wasn’t either trying to apply to one, or just keeping up with one because I have friends working on it! The latest Zelda fan zine that piqued our interest here on Zelda Dungeon is Goddess Reborn, which features various women throughout the series who are often integral to Link’s success in his adventures, but can sometimes be overlooked.

“’Goddess Reborn’ is an unofficial fan project, bringing together over 70 artists, writers, and composers to celebrate the incredible female characters of the Legend of Zelda. Featuring original stories, comics, paintings, poems, illustrations, and music, this zine explores the important role played by 90 female characters throughout this amazing game series.”

The zine was originally intended to be published as physical versions, but unfortunately the mod of the zine, @avenwildsmith, had a lot going on and could not go through with publishing in that format. However, the digital version of the zine continued being worked on and was released a few days ago to the public!

All of the artwork is amazing and features some of my favorite Zelda fan artists! I was blown away by the Fi illustration by @artsicfox, the illustration of Amali and her daughters by @ryrolie has a vibe that I really love, and last but not least, the watercolor piece of Midna and Zelda done by @SchpogArt is breathtaking! As for the stories featured, I quite enjoyed the interesting backstory given to Traysi in “Relevance and Worth” by @ThirteenthHr and the alternate universe comic featuring Zelda done by @figofswords. The addition of the work in process images near the end of the zine is also a really nice touch as well! Overall, it’s a wonderful zine that I highly recommend!

You can can download a free copy of Goddess Reborn over on Itch.io; the ZIP and RAR files both contain a PDF copy of the zine, three MP3s of original music, and a full timelapse video of the fantastic Illia and Epona illustration by @_mochiwei! There is also a copy of just the PDF that can be downloaded instead.

Will you download a copy of Goddess Reborn? What are some of your favorite pieces featured in the zine? Tell us in the comments below!

Comments
Sorted Under: Games, News, Slider, The Legend of Zelda, Zelda Fan Content
Tagged With: No tags were found for this entry.