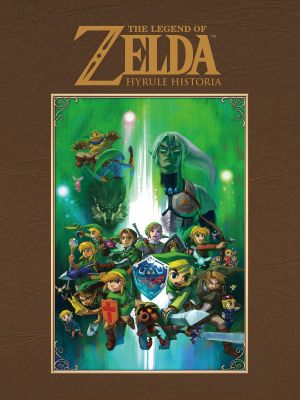 Our good friend GlitterBerri has worked so hard since the Japanese release of Hyrule Historia, translate as many of its pages as possible into our native tongue moves from “fan translator” to “official translator.” With the announced release of Hyrule Historia into English-speaking nations around the world starting January 29, 2013, it may seem like she won’t have to work on this project anymore. The good news though is that this is not the case! GlitterBerri has confirmed on her website that she is currently involved in the official localization of the much anticipated Hyrule Historia.

Read more after the break!

GlitterBerri has stated that out of respect to publisher Dark Horse she will not be uploading any of the other untranslated pages from the Japanese edition of Hyrule Historia. She also clarified that the fan translation on her site may not keep its permanent residence. Either way, it is fantastic to hear about GlitterBerri’s participation in this awesome project. Her influence in the book should allow it to be produced as a near accurate translation.

If you haven’t pre-ordered the book yet Amazon has the best deal. Click here to preorder your copy for only $20.99 which Amazon is giving you with a $14 discount.

Are you happy with the announcement of GlitterBerri being involved with Hyrule Historia? Do you feel it’s a good thing Dark Horse made sure to include someone who not only loves Zelda but already has an understanding of what Hyrule Historia itself should be like in English? Let us know what you think!