Posted on November 15 2015 by Brandon Schmitz 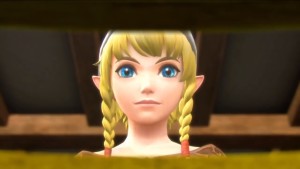 This past Thursday’s Nintendo Direct brought several major announcements to the table, not the least of which being Linkle’s inclusion in Hyrule Warriors Legends. As expected, the folks at GameXplain have already begun analyzing the finer details of the announcement trailer. From Linkle’s relationship with Link to the power behind her crossbows, this breakdown definitely runs the gamut. Check it out after the jump.

One of the most important things to take away from the trailer is the degree to which Koei Tecmo is looking to separate Linkle from Link. Although she’s obviously inspired by the Hylian Hero, Linkle seems to boast enough distinguishing features to stand as her own character. That said, the notion that they might hail from the same village — that there might be a figurative brother-sister relationship between the two — is intriguing. I mean, I don’t expect a title like Hyrule Warriors Legends to go that in-depth with such a relationship, but I would definitely appreciate seeing hints of it throughout the game.

What do you think of GameXplain’s analysis? How on-point do you think some of its theories are? Let us know in the comments below.