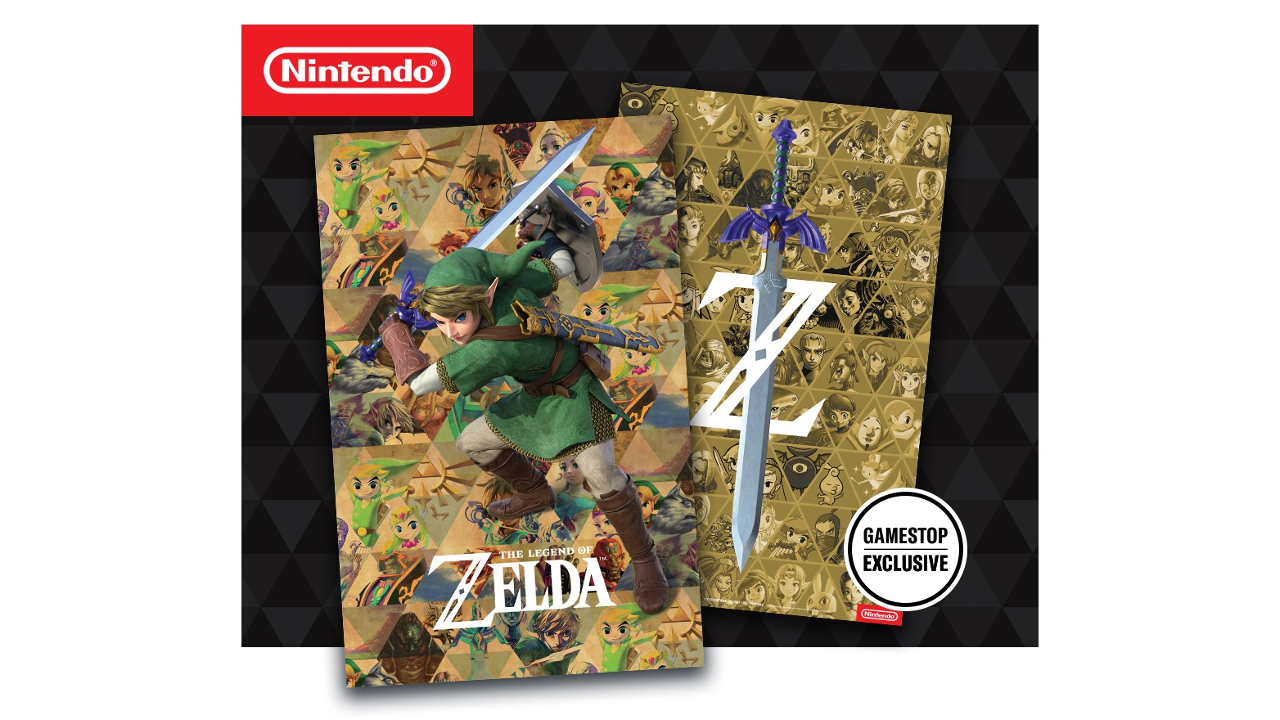 GameStop announced today that they will be giving away an exclusive Zelda poster as part of a new promotion, presumably in honor of the series’ 35th anniversary. Customers who spend $30 USD or more on Zelda-related products or towards a Nintendo Switch will receive a free double-sided poster, which depicts several Zelda characters from across the series. GameStop’s announcement does not specify when the promotion ends, so be sure to act fast to get your hands on the poster.

This new promotion was one of the worst kept secrets in the games industry this weekend, as images of the poster started popping up online Friday night. Without an official announcement by GameStop, many fans were left to speculate on the poster’s potential significance toward Nintendo’s plans for E3 and The Legend of Zelda‘s 35th anniversary.

While we’re all hoping for big things from Tuesday’s Nintendo Direct — whether it be a new Zelda collection or news on Breath of the Wild 2 — this new promotion does not necessarily indicate any upcoming announcements from Nintendo. GameStop frequently licenses Nintendo properties for its promotions, and these promotions do not always relate to a specific announcement or release. This poster giveaway could very likely be GameStop’s way of celebrating Zelda‘s 35th anniversary and nothing more.

But don’t let that stop you from getting hyped up about E3! What are you hoping to see during Tuesday’s Direct? Do you plan to pick up this new poster from GameStop? Let us know in the comments below!

Source: GameStop (via Nintendo Everything)