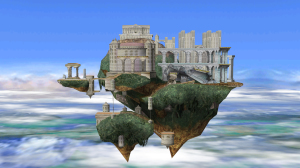 For the past six months The Game Theorists’ contributor Trailer Drake has been doing a Smash Move Analysis of several characters from Super Smash Bros for 3DS and WIIU. This week The Game Theorists turn their attention from the moves of our favorite Nintendo characters and focus on our favorite stage- Hyrule: Temple. Drake takes to the lore of Zelda and tries to find where this iconic smash level got its inspiration from. Take a look at the analysis after the jump!

How many of those had you caught before? I was surprised with all the inspiration that might have been drawn from Zelda II. Is there any elements you think were missed? Let us know in the comments below!