Game Theory: How Much Are Rupees Worth? 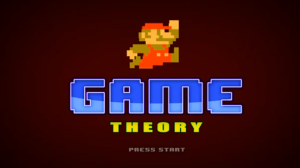 This is a question that has lingered in the minds of fans for a very long time. The value of these odd little gems of various colors that Link shoves into his magic pockets is obvious based on their colors, but only in Hyrule. A while back, MatPat over on Game Theory determined the value of every individual rupee Link collects. He is actually joined by PeanutButterGamer, in a collaboration celebrating his yearly Zelda Month video series. How much do you think each rupee is worth?

It is unfortunate that he only covered the rupees from Ocarina of Time, likely because their models are the easiest to deal with, and because Ocarina of Time is the most famous game in the series. Still, he did a good job. I learned some interesting facts about rubies and sapphires, and I now realized that I really, really, REALLY wish rupees were real. I mean, Link just has to find some tall grass and there they are, instantly making him a millionaire. One also has to marvel at the true costs of some of the store items throughout the series. Twilight Princess‘ Magic armor breaks my mind at a solid $8,068,484,352.50. And that’s AFTER all the discounts. Obscene.

What would you like MatPat to theorize about next? Based on these numbers, what item in the series would you say is the most grossly overpriced? Drop a comment!