Game Board Mode and Stage Builder Leaked for Super Smash Bros. for Wii U by Amazon

Posted on October 17 2014 by Nathanial Rumphol-Janc 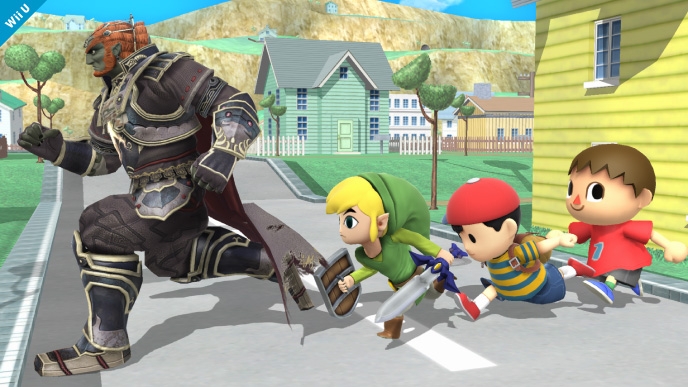 Today’s news is starting off with a bang, have two all new modes for Super Smash Bros. for Wii U revealed a bit earlier than Nintendo likely planned. While we know a Smash Direct is coming soon for the Wii U version of the game, we now know what will likely be two new modes that will be shown off. I know some fans felt Sakurai and company were slacking with this version of Smash, but if these modes are any indication… things are looking up. We have the full rundown for you straight from Amazon in case Nintendo goes in and edits it out. We bolded the new bits for your convenience:

“Battle it out as Nintendo’s greatest heroes on the Wii U console
Face off against the biggest roster of Nintendo all-stars ever assembled! Send your rivals flying with powerful attacks to earn all-new customizations and equipment that trick out your fighter’s moves and stats. Then power-up and train intelligent amiibo figures* to take on your friends!

The multiplayer showdown** you know and love is now on the Wii U console! Take on all comers as Mario, Mega Man, Sonic, and more gaming greats. Or tap an amiibo* to the Wii U GamePad controller to train it up by battling with or against it. You can even pit your amiibo against a friends’ to see how your training methods stack up. Whether you’re creating stages on the GamePad, competing in challenges crafted by Master Hand and Crazy Hand, or outwitting your opponents in a brand new board game mode, there’s no doubt that the ultimate Smash Bros. game has arrived.

Comments
Sorted Under: Uncategorized
Tagged With: News, Super Smash Bros. for Wii U