From 8-Bit to HD: How the Zelda Series Connects Generations

This year, we are celebrating the 25th anniversary of one of the most beloved series in video game history: The Legend of Zelda. With the remake of the classic Ocarina of Time for the 3DS, the release of four Zelda games on the 3DS eShop, and the upcoming Skyward Sword, this year highlights the appeal of Zelda throughout the ages, and truly unites the veterans of the series with the new players. Let’s look back at what really makes the Zelda series such a quintessential game for gamers.

I have never owned an NES or an SNES. I was born too late to own either system; rather, my first console was the N64. Therefore, I started the series on its fifth game, Ocarina of Time. I am not alone in this; many Zelda fans started late in the series, some not even until the most recent releases. Be it due to age or lack of knowledge of the series, there are several games that would have been ‘skipped’ by many players. However, Nintendo did not just sit idly by and let the games create a massive generation gap. Instead, they decided to do the one thing any video game company would do in that situation: port.

Porting is, in video game terms, taking a game from one system and making it playable on another system. One of the most famous ports of the Zelda series was the release of the Collector’s Edition for the GameCube. This included four of the first six games: The Legend of Zelda, Zelda II: The Adventure of Link, Ocarina of Time, and Majora’s Mask. Upon its release, all Zelda games could be played on the then-current consoles (A Link to the Past had already been ported to the GameBoy Advance). With the release of the Wii, those games could still be played on the new console, but the Collector’s Edition was now hard to find. Nintendo also released their DS (and later the DSi), which prevented the GameBoy games from being playable on the current systems.

With the advanced technology of the DSi and the Wii, Nintendo did not have to rely on porting their games onto discs or carts; rather, they developed the shop channels on the systems, which allowed players to download the game directly to their system or onto an SD card and play the games that way. The Legend of Zelda was such a beloved series that Nintendo ported all but three of their games to the shop channels of the Wii, DSi, and 3DS. Those just beginning their adventures with Link still have the joys of experiencing the journey from the start. 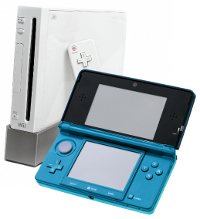 Except for the Oracle series and The Minish Cap, every Zelda game is available to be played on the current Nintendo systems (Wii and 3DS). This is important as it connects generations of gamers. Newer Zelda fans are allowed the chance to play the classics without shelling out hundreds of dollars for overpriced systems and games on eBay. Now, when a thirty year-old complains about the difficulty of Zelda II: The Adventure of Link, nineteen year olds aren’t sitting there scratching their heads. When said nineteen year-old is mentioning how revolutionary Ocarina of Time was, a ten year-old isn’t trying to figure out what that means.

However, crossing generations is not all about being able to own the game. There are many games playable on the current systems that do not stand out as much as the Legend of Zelda series does. Another aspect that makes Zelda so unique is its appeal to a universal audience.

Call of Duty and other first-person shooters are very frequently-played series, but they don’t have the same universal appeal as The Legend of Zelda. Each Zelda game can be played differently. For younger, more casual players, it is possible to focus just on the main quest without sacrificing the fun of the game. On the other hand, for those who are older or more hardcore gamers, there is the option of completing various side-quests for a longer, more challenging game. The varied gameplay differs from Call of Duty and other major titles by offering players more control on how they experience the game, thus opening the series up to a variety of audiences.

I will concede that there is some stigma associated with being a Zelda player, or just a Nintendo player in general. The most common response is that Zelda (Nintendo) is a ‘kiddy game.’ However, this response is most likely to come from someone who has never actually played the series, and is typically aimed at the fact that Zelda is a Nintendo game. Since Nintendo began including the previously ‘untouched’ demographics of gamers (females, younger audiences, casual gamers, etc.), many Nintendo series have been criticized for being childish. However, even those who are more anti-Nintendo still tend to enjoy The Legend of Zelda.

Take GameInformer magazine, for example. They are known to be more critical of Nintendo than they are of any other gaming company. However, they recently published an issue of their magazine, in which they dedicated 24 pages to the Legend of Zelda series in honor of the 25th anniversary and the release of Skyward Sword. For ten of these pages, several of the GameInformer writers looked back at the previously released Zelda titles, sharing their thoughts on each entry to the series. Almost all of these entries were very positive, save for the one regarding Four Swords Adventures. Dan Ryckert complains that he felt “the puzzles weren’t quite up to Zelda’s high level of quality…” Although he didn’t enjoy the game as much, his review still portrays the high standards he has for a Zelda game, based on his previous experience with the titles.

The writers for GameInformer are hardcore gamers, who tend to stay on the side of Sony and Microsoft gaming. Although their information regarding Nintendo is typically light in content and critical, even these writers couldn’t help but share their love for the Legend of Zelda series when the time came for it. 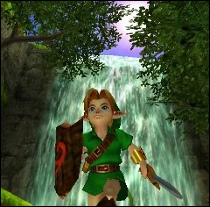 The Zelda series is generally appropriate for all ages. This simply means that it isn’t rated very high (typically, they receive an ESRB rating of E or E10+ except for Twilight Princess, which is rated T). However, a game does not have to have gory fight scenes or extensive, violent battles to be interesting to an adult. Just mix the childlike wonder of exploration, the fun gameplay, and the intriguing storyline common to the Zelda series, and you have a game that adults will play.

The appeal that the Zelda games have to children is the same as the appeal it has to adults. When he created the Zelda series, Miyamoto knew the rewards of exploration, and he expressed this beautifully in the Zelda games. When you first entered Hyrule Field, did you not feel your breath being taken away? It was a vast, unexplored area. It doesn’t matter which game we are talking about; Hyrule changes constantly, and sometimes Link finds himself in other lands. Miyamoto always appeals to our fascination for the unexplored, and with each game, we want to learn more about the secrets of this mysterious land.

The Legend of Zelda series is not just about exploration. Another reason The Legend of Zelda appeals to such a large audience is its varied gameplay. Miyamoto admits that “[his] first priority is whether the game play is interesting.” Throughout the series, the games have undergone many changes. Although some of the games are similar to each other in style or complexity, they each have their own unique aspects. There is a Zelda game for everyone, regardless of how advanced they are as a gamer or how they like to play the game.

Puzzles are very important to the gameplay of the Legend of Zelda series as well. Many games, especially the first-person shooters, overlook the puzzle aspect of gameplay. Rather than have players simply attack enemies or find the pieces of the Triforce, the Zelda games challenge players by having them solve puzzles to advance through the dungeons. In the original Legend of Zelda, this most often involved moving a certain block to reveal a set of stairs or open a door. As the games expanded, the puzzles changed. In Oracle of Ages, one of the more puzzle-intensive games, the player was often asked to use the Roc’s Feather to jump over tiles and change their color. Puzzles will always be an important aspect to the gameplay of Zelda, as they make the gameplay interesting and unique just as Miyamoto wanted.

The Zelda series has spanned across a variety of systems. As the consoles’ capabilities have improved so have the graphics, and each new platform offers new techniques to be used in the game, from button mashing to touchscreen and motion controls. This variety has captured the interest of hardcore gamers, who enjoy good graphics and new ways to control characters.

Many hardcore gamers find themselves concerned with graphics, and the Legend of Zelda series does not leave them hanging. Originally, the series used 8-bit graphics, which was the best available at the time. As technology progressed, the series continued to use some of the best graphics, eventually venturing into 3D gaming with Ocarina of Time. Various games have experimented with different art styles; cel-shaded art was introduced in The Wind Waker, which then became the norm for the handheld games as Toon Link fit better on the small screen than the Link seen in console Zelda games. Twilight Princess used a realistic art style, and the upcoming Skyward Sword will use an impressionist art style. Both contribute to the mood of the game – Twilight Princess is a darker game, and Skyward Sword appears to be a little more lighthearted. 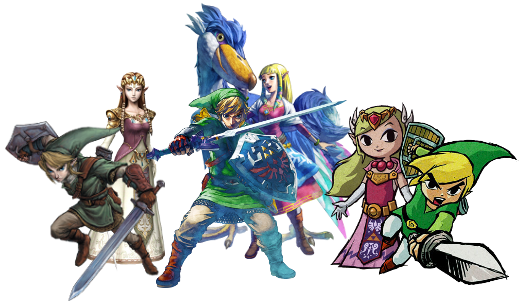 The only complaint some hardcore gamers may have is that Zelda is not HD, because of the limitations of the Wii. However, Nintendo is developing the WiiU, which will be able to do HD graphics, and is likely to feature an HD Zelda game, currently referred to as Zelda WiiU (although developers will not confirm anything until later in development).

The controls have also changed throughout the series. From the basic controls of the NES to the motion play of the Wii and the touch screen of the DS, the way a player experiences the game is different. Rather than playing through each game the same way, Nintendo incorporates the latest technology to make each new game exciting. Skyward Sword, for example, uses the Wii Motion Plus to accurately track players’ movements. This is played much differently from the controller games of the N64 and GameCube, and it is even different from the previous Wii title, Twilight Princess, because it uses the new Motion Plus.

It doesn’t matter how you prefer to control your character, what graphics you like, or how difficult you want your game to be; the Zelda games have such a variety of gameplay aspects that it’s easy to find a game that appeals to your style of gaming.

From 8-bit to HD, the Legend of Zelda series connects generations of players across a wide range of demographics. Nobody will be left out of the fun of adventuring and saving the kingdom if Nintendo has anything to say about it!