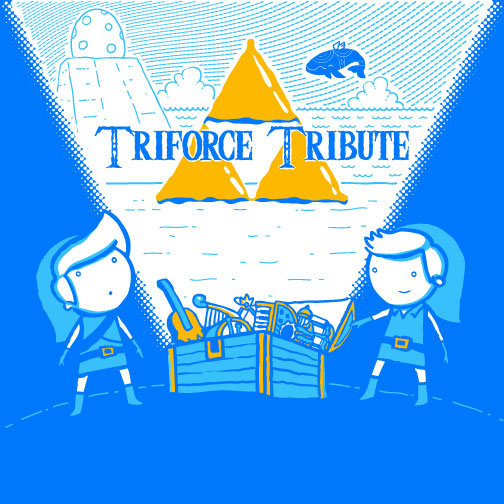 Released in March of last year and originally recorded as the background music to the Zelda art show in Portland, Oregon, composers Jake Fleming and Corey Warning created an 8-bit remix album in tribute of a variety of Zelda songs. Available on Band Camp, the duo known as Piasa, have deliberately allowed buyers the option of setting your own price. Though it is recommended and otherwise much appreciated to contribute a few bucks, the group also welcomes downloading the album for free, meaning you could very well set the price to $0.00

Hit the jump for more details!

With twelve songs to hear from plus two bonus songs from downloading, Piasa offers 24 minuets of 8 bit nostalgia dedicated to an interesting selection of Zelda songs. You can buy or download it for free here.

Aside from creating a fan made remix album, Piasa is also in the works of creating an iOS game, though there hasn’t been any recent news about it, contributions from the album would go toward the production of their game King Dude Man.

Piasa was called upon to create a soundtrack for Triforce Tribute, an epic multi-medium show celebrating all things Zelda. Using classic melodies and sounds from the original Legend of Zelda video games, we developed this music in our own fashion while staying true to the songs you grew up playing along to.

Because our album pulls sounds and melodies from the games, we’re offering Triforce Tribute to you completely free of charge! You can also set your own price, which would mean a lot to us. All proceeds will go towards the development of our first original video game for the iOS, KING DUDE MAN. Find out more about KDM by clicking the header above, see a concept trailer here: youtu.be/Jykn4bIQRC8

So Zelda Dungeoners, will you be checking out this Triforce Tribute? Let us know what you think in the comments below!