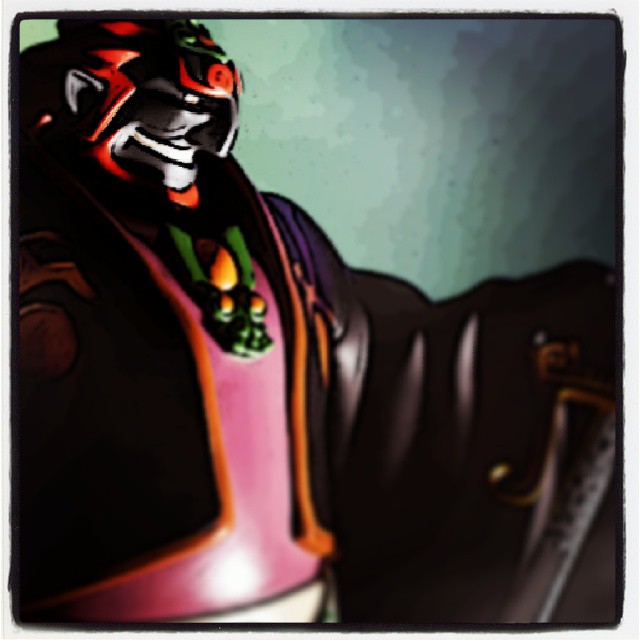 First 4 Figures, the company we all know well for making extremely highly detailed Zelda statues for us collectors, have teased via their facebook page a brand new piece! It seems that their newest figure will be based off Ganondorf’s appearance from the Wind Waker. Make the jump to check out the teaser image, and other details regarding the figure’s release in 2015!

First 4 Figures posted the following to their official Facebook page on the 29th of last year:

“Merry F4F Christmas sneak peek number 5! Can you tell who it is? Tomorrow we will be going live with preorders with a new character from a new license so stay tuned for that countdown closer to the time!‪#‎first4figures‬”

They also attached the following image, which is the only existing current image of the new statue:

As you can clearly tell, the new Zelda themed statue will be based upon Ganondorf’s toon appearance in The Wind Waker. From the image included, it seems as though the statue will take a similar pose to that of the Ganondorf figurine distrubuted alongside The Wind Waker HD’s limited edition bundle. However, this iteration will most certainly be larger in size and also more detailed.

Little information has been released about the Ganondorf statue’s release date, however I would assume that this statue will be arriving some time this year. Alongside this statue, another Wind Waker Ganondorf will be coming in the form of a Jakks Pacific deluxe figure later this year.

Are you interested in purchasing this upcoming Ganondorf statue? What are your opinions on F4F’s Zelda figurines in general? Join the discussion below!