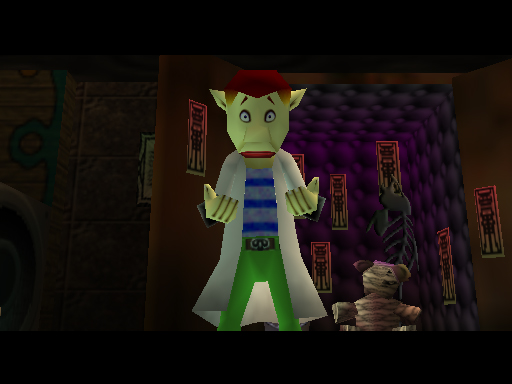 Once again our fantastic forum users are flooding our boards with great discussion about the greatest series known to man, The Legend of Zelda! This time the discussion is all about Majora’s Mask. Hop on over to our forums and join in on the action right now! If you don’t already have an account with us, register one!

The discussion centers around the weird feeling of Majora’s Mask, which I’m sure all of us who have played the wonderful title have felt. Majora’s Mask seems to have that eerie feel that no other Zelda game quite has, but can anyone really describe this feeling with the simple word “eerie”? Voice your opinions on the forums right now, and take a look at some from the users who have already done so.

“Majoras Mask gives me that eerie feel. Just feels a lot darker themed, But i love it. The creepiness and chills i get from Majoras Mask is what really makes the experience better for me. The music adds to that too, Some of the tracks including Great Bay make me feel like i have to watch my back all the time.”
– Molfino

“To me, it’s the role fate plays in the game. In other games, despite the overwhelming odds, I personally feel a sense that Link is the one destined to win. In Majora’s Mask, he’s got some blessings of the goddesses – the Goddess of Time grants him the ability to replay time, after all – but there’s a sense that he’s fighting against the inevitable.”
– February Eve

“Despondent. It’s an apocalypse replayed continuously, each NPC having a unique backstory and motivation for their actions, each of them trying to come to terms with the fact their lives have seemingly come to naught.”
– gaspra

In my own opinion, I believe that Majora’s Mask does in fact have that feeling that you can’t quite place your finger on to accompany the eeriness. The game is fantastic and this weird feeling only adds to it, but you can’t quite actually describe that feeling. I just may not be trying hard enough, but if so then so be it. Why not head on over to the forums and voice your own opinions on this interesting topic?