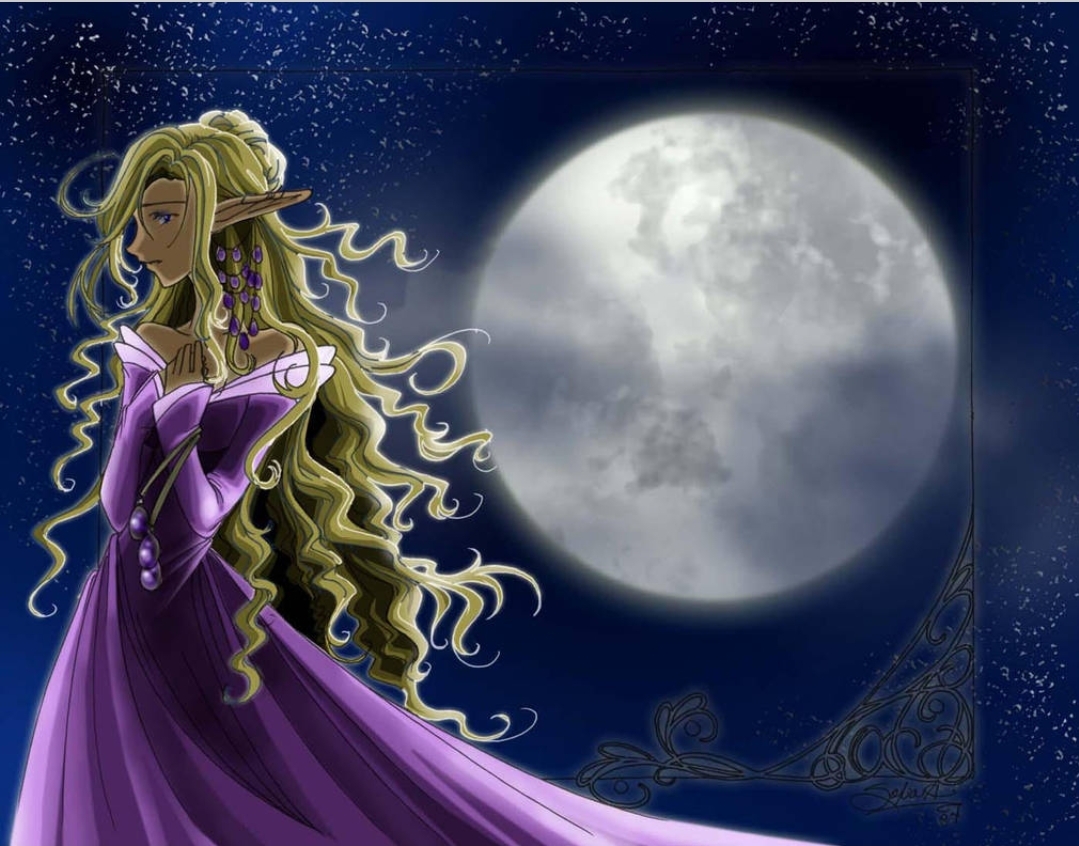 The queen opened her eyes to find her daughter in a state of panic, “Zelda… what?”

Then the sounds of battle flooded her ears and the memory of what happened only moments before washed over her like a tidal wave.  The carriage had overturned and they were under attack!

“Zelda, come here!”  She pulled her daughter close and inspected her for injuries; luckily there were only bumps and bruises.

“Queen Serena?” a voice called.  “Princess Zelda?”  The carriage door swung open from above and a young soldier reached inside. “Take my hand!”

Serena paused momentarily, then grabbed the soldiers hand.  He pulled her out of the carriage, which was on its side, its wheels spinning slowly to a stop.  She glanced around quickly and fear filled her heart.  They were surrounded by enemies!  Their sharp weapons clashed heavily with those belonging to the Hylian Soldiers, who were putting up an excellent fight.

The young soldier had successfully pulled Zelda from the carriage, and Serena clutched desperately at her daughter in an attempt to shield her from the carnage.

“Your Majesty, I’ve got to get you to safety!” the young soldier insisted.  Without ceremony, he jumped down from the carriage and beckoned for the pair to follow him.  Zelda jumped into his arms and the queen followed suit.  “Now,” he whispered urgently, “follow me.”

The young soldier lead them off the beaten path.  They climbed over rocks and ledges, higher and higher, as the soldier searched for somewhere suitable to hide them.  “Ah, here!” he pointed at some wilted shrubbery and vines that climbed loosely over a pile of boulders.  “Stay hidden, My Queen.  I’ll keep watch!”

Serena had just tucked Zelda behind the boulders, when a terrible, suspicious feeling began to gnaw at her.  She stepped forward and looked at the young soldier, who was peaking down towards the battle.

Why did he bring us here? she wondered.  Why did Fabian not escort us?

The queen was certain that the Captain of the Royal Guard would have chosen to escort them.  She knew that Fabian would insist that their safety was his own, personal responsibility.

The young soldier glanced backwards at them, “Are you okay, My Queen?”

Serena eyed him warily, then smiled weakly.  “Yes… I’m fine.”  She began to back away towards Zelda when the soldier’s expression changed.  His eyes narrowed and his features darkened as he advanced towards her.

Serena inhaled sharply.  She couldn’t remember seeing this soldiers face among their party.  Her mind raced and she quickly made her conclusion — he isn’t one of us.

“My Queen,” the soldier stepped closer, “I must keep you and the princess safe.”  He looked past Serena, towards Zelda.

Immediately, Serena’s instincts kicked in.  She couldn’t trust this man!  She twisted with agility that she didn’t know she possessed and opened her mouth to instruct her daughter to run.  As fast as she was though, the stranger was more so.  He yanked at Serena’s curls, pulling her backwards, and placed his hand over her mouth.  His grip was so tight that she couldn’t make a sound.

“Death to the Royal Family,” he whispered callously in her ear.

Serena struggled frantically and shoved her elbow forcefully in to the man’s stomach.  He gasped and tried to heave air into his winded lungs.  As he did so, a mask with markings strangely similar to those belonging to the Sheikah Clan fell from his person.

Serena squirmed out of his grip, and recognizing the markings on the mask as belonging to the Yiga Clan, screamed with all her might.

“Mother?” Zelda peaked out from her hiding spot.  Her eyes were filled with alarm.

Serena tried to run towards Zelda, to protect her in any way that she could.

“Come here!” the impostor growled viciously.  He lunged past Serena, targeting Zelda instead.

“No!” Serena tackled him, unwilling to yield her daughter.  They scrambled and staggered, and then tumbled in a cloud of dust over a nearby ledge.

Zelda was frozen in place as she stared at the suddenly empty space in front of her.  After a moment, she approached the ledge and looked down.  As the dust began to settle, Zelda realized that she could climb down, just as she had climbed up.  When she reached the bottom, she looked for her mother.

“Princess Zelda?” a muffled voice called from a distance.

Zelda turned her eyes southward and found Fabian running towards her.  He was followed by his soldiers, their blades bloody from battle.  “Where’s Mother?” she asked, frightened.

Fabian reached Zelda and scooped her protectively into his arms.  His soldiers fanned out and one eventually called for assistance, “She’s here, Captain!  It’s all clear but we need help!”

Fabian hurriedly carried Zelda in the direction of his voice.  Then suddenly, he came to an abrupt halt.

“Mama!” Zelda cried, fighting to free herself from Fabian’s grasp.  She dropped from his arms and scrambled towards the queen.  “Mama!”

Serena blinked up at her little daughter from where she lay, broken on the ground.  Zelda hadn’t called her “Mama” in years.  That’s how Serena knew that her daughter was terrified to see her this way.

“Now… Zelda,” Serena wheezed, as her daughter’s eyes filled with tears.  “I want… you to be… brave.”

“Are you going to leave me, Mama?”

“Zelda… I will always be with you… in here.”  Serena reached up and put her hand on Zelda’s heart.

“I don’t know what to do without you…”

“Zelda… my love… you have the blood… of the Goddess Hylia,” Serena breathed.  “And in your blood… runs great power.  Your magic… will save all of Hyrule… my little bird.”

“All will be well… in the end. You must be strong… and steady.  You can do… anything.”

Serena’s hand fell limply from Zelda’s chest and her eyes fluttered shut.  Zelda cried with realization and threw herself upon her mother’s body.  Fabian gently pried the princess from her position and trusted her to his sergeant.  When Zelda was at a distance, he addressed his soldiers, “The Queen of Hyrule is dead.”

He heard a wounded, yet celebratory groan from nearby.  It came from the impostor, who was leaning against a wall, moments from death himself.

“We are… bigger… stronger… we are the Yiga Clan!” the impostor spluttered, his voice full of delight, even as death approached.

Fabian’s features twisted with disgust.  “Was her death worth your life?”

The impostor raised his eyes balefully and a sickly smile spread over his face.  “For… the Calamity…”

Fabian raised his sword and thrust it purposefully into his target, “For Hyrule; for the princess; and for my queen!”