Fan Fiction Friday: The Man Behind The Masks – Part 3

Posted on November 29 2019 by Alison Brunyee 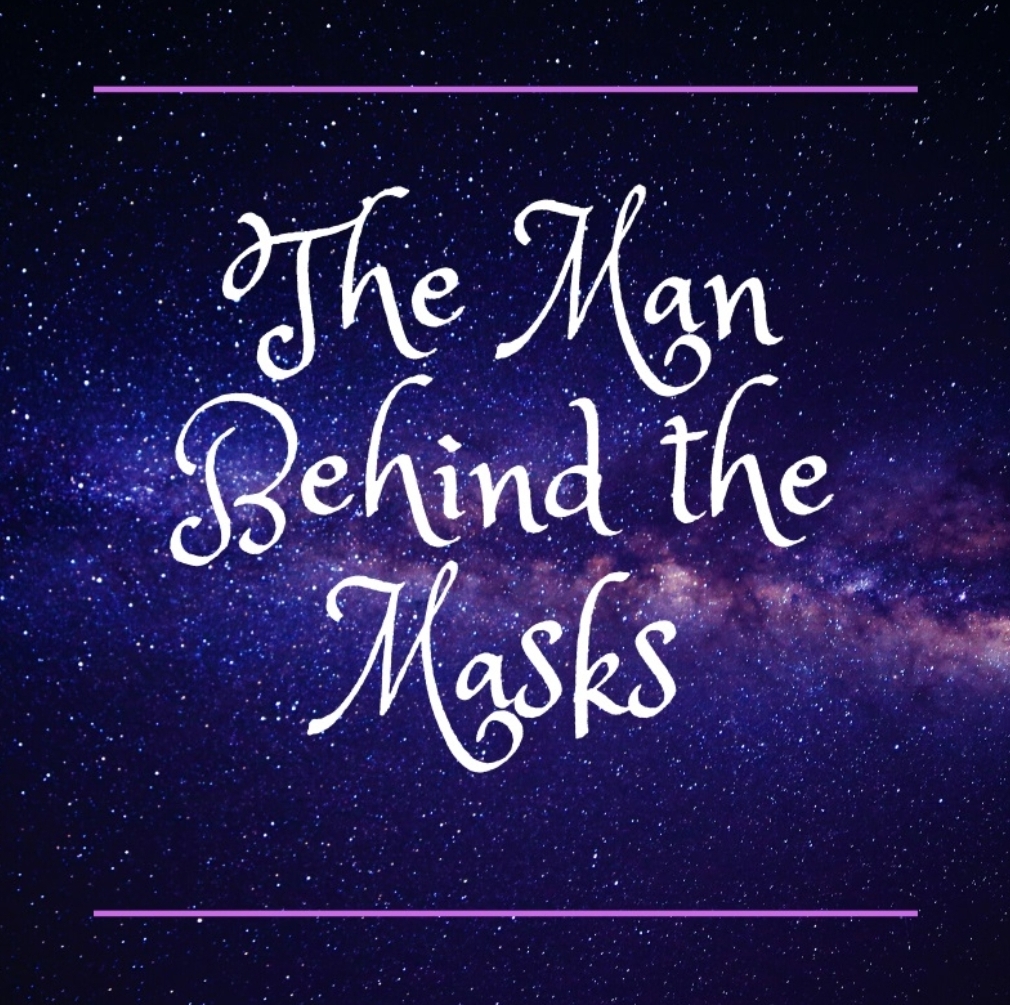 A short trot past the guard house brought our cart to a standstill in the town square. The market was already full of stall holders setting up their pitches. A symphony of clanking hammers sounded, frames were built, followed by the whoosh of stripy red and white tents to house their wares. Merchants greeted each other like old friends. As my shoes clicked on the cobble stones, a white terrier came to sniff at me before dashing off to play.

“Look there Ronri,” Mr Muryō pointed. “Bet you haven’t seen the likes of that before, eh?”

Between the houses in the distance, you couldn’t miss the important looking building with cylindrical turrets, tall navy spires and flags flapping in the wind. “Hyrule Castle…” Yasei would give anything to swap places right now, I thought with a smug smile. The only castles I had seen were in my imagination. Sometimes the villagers had gathered around the camp fire, and the elders (plied with ale) would tell stories of heroes battling giants in a castle in the sky. “Is that where the Royal Family resides?”

“Aye, King Hyrule and the Queen of course, still waiting for a little prince or princess mind you.” He began unloading crates but paused as I offered to help. “Tell you what, how about you go and find us some breakfast?”

“But you were kind enough to bring me all this way, I should help at least.”

He shrugged and dropped the crate into my awaiting arms. I puffed out my cheeks, shifted my feet apart but I was practically squatting to maintain my balance. This was foolish! My arms began to shake uncontrollably, beads of clammy sweat laced my forehead. “Erm, Mr Muryō? Mr Muryō?”  At once the crushing weight lifted and I wheezed with relief.

My rescuer snorted. “Right Ronri, like I said, I’ll handle the crates and you deal with breakfast.”

“Now, there’s a baker round here that makes honey crepes, you ever tried one?”

I shook my head.

“They’re pretty good. Go find some, you won’t regret it!”

The prospect of exploring was enough to override my last sense of obligation to the merchant, so with a wave I hurried off. Wandering around for an hour or two, I took in the red slate roofs which were more modern than the thatched ones I was used to. Some of the houses had two tiers, much taller than in Kawaranai and green ivy clambering up the walls. The flower boxes were in full bloom with hanging white snow drops and purple peonies keeping the butterflies busy. In the market’s centre was a fountain surrounded by an ornate cast iron railing. I leaned over to toss in a coin and watched as my face became distorted in the ripples. It was then I had a feeling, an unwelcome feeling, one that makes your hair stand on end.

I twisted around. It was then I spotted a boy peering at me from behind the corner of the back alleys. He was an odd fellow, wearing an enormous green scarf wrapped around his neck half a dozen times. Upon being discovered, the spy met my stare without so much as a blink.  My nose wrinkled up.

“Don’t you know staring is rude?” I called across to him.

Scarf strode over, whistling as he went with hands stuck in pockets. “Haven’t seen your face before,” he said circling me. “You with that big guy back at the market?”

I tried to ignore the dizzying sensation as he continued to circle around and around. “That is none of your business!”

“Now you’re the one being rude. I don’t like snobs. Any polite person would introduce themselves to a new acquaintance.”

He stopped circling. “I’m assuming you’re staying for a bit. You got clothes and stuff on the cart, right?” Scarf’s black eyes locked onto my wallet.

I should have paid a visit to the bank first… I coughed and tried to stand a little taller. “My name is Ronri,” I began, offering my hand.

Scarf raised an eyebrow, leaving my hand hanging between us. I could see now that he was completely bare foot and wearing a pair of dungarees with a broken strap. The sound of trumpets and drums drifted from the main square. I winced at the thought of Mr Muryō still waiting for his breakfast.

After what felt like an age, the younger boy finally grasped my sweaty palm.

“Nice to meet you,” said Scarf as he pulled my body straight into his fist.

I crumpled to the floor. The reassuring weight of my life savings no longer pressed against my side.

The thief crouched down. “Fancy a game of hide and seek?” Scarf chuckled at my grasping fingertips. “Course you do, might let you have this back if you find me… maybe.” And with that, he was gone.

How long I lay there on the cold ground I cannot say. Trying to reintroduce oxygen into winded lungs was rather difficult. If I cannot get those rupees back, I shall have to return home before I’ve written a single letter to Yasei!  This thought alone was enough to force my protesting body to stand. I clung to the wall, legs like jelly, waiting for my pained breaths to subside. I scanned the alley; to my right, was the way I had come. I doubt he would go back near the crowds. To my left, sunlight and a row of green fir trees. That looks more promising as hide and seek territory. With a hand clamped over my chest, I did my best to pursue my new acquaintance.

As much as I liked to marvel at Castle Town, I began to resent how large it was. I followed the alleyway, swerving around the corners until I met with a taller cast iron gate. Before pondering for too long, I spotted the gap where two bars had been pried apart and squeezed through. Detaching myself from a snagged branch, I spun around. Where am I now?

The first thing that struck me was the stillness. The wind rustled through the firs making them bend like old men with long green beards. Towering behind me, Death Mountain stood with a halo of smoke surrounding its volcanic dome. Here was another impressive building with a gilded Triforce above the entrance. This one had beautiful stained-glass windows and if you strained your ears the faint hymn of a choir could be heard.

A church perhaps? Then I remembered the more pressing matter at hand. “Where are you, thief?”

Of course, there was no answer, although my attention was diverted to movement in a tree to the west. I stormed passed the water pools with determined strides. “Found you,” I declared.

Scarf huffed. He was quite at home up in the high branches, swinging his legs back and forth.

“Don’t make me climb up there, I am hardly in the mood.”

He ignored me, opening the wallet instead to take out a purple rupee. Scarf held the gem up to the sun squinting as he turned it this way and that. “How did you get all this anyway?”

“So, are you good with money and stuff?”

I crossed my arms. “It depends what you mean by stuff. I have calculated the expenditure of a small village and maintained the financial accounts. I can identify the assets of a business and estimate profit margins and potential losses. I am also very good with money, when people do not steal it from me!”

Scarf placed the rupee carefully back with the rest. “Alright, what’s a blue rupee, add a red rupee, add a green rupee?”

I thought for a moment. “At the current exchange rate, a blue rupee is worth five, a red rupee twenty and a green rupee one. Therefore, the total value is twenty-six rupees.”

“Wow, you’re good! You have to come back with me to the shop.”

“What are you talking about?”

“I mean we have a shop,” he said, climbing haphazardly down the branches. “That’s Akisin I mean, but she gets confused sometimes and forgets to do… Well, whatever you just said. I don’t really get those fancy words; I just like making music boxes.”

I opened my mouth and closed it again. Trying to process even a fraction of what I’d just heard made my head ache. Being an Okane, I decided to respond with a simple fact. “Your shop has nothing to do with me.”

“Stop it!” I snapped. “I played your game, now return what is rightfully mine.”

“I will not.” I made a lunge for the rupees but Scarf was ahead of me and easily swung them out of reach.

“Fine, I’m keeping your wallet,” he said, shoving me aside and dashing off again.

By this point my patience was frayed. You will not escape me. I ignored my throbbing legs, desperate to keep the younger boy within my sights. Hyrule Market was in full swing; the band recital boomed as I ran into the buzzing crowd. The smell of freshly baked bread made my stomach growl and I had to dodge the black smith demonstrating a sword thrust to a nearby soldier.

“Get out of the way!” I yelled, frustrated by the shoppers that barred my path, but they were completely oblivious to the hunt going on. Scarf jerked and swerved around the citizens; he got cocky and tried to take a shortcut through a flock of cuccos that had gathered. The birds scattered in all directions, which they rather took exception to. As a result, they stalked the thief down the alleyway scratching and pecking at his feet.

“Owww! Get off, stupid things.”

The cuccos protesting clucks became increasingly high pitched as he kicked out.

Suddenly my mouth went dry. “You must stop doing that,” I warned him. Memories of a horrible story Yasei had told me once came unbidden into my mind. “Cuccos can become rather aggressive if –”

But it was too late; one of the cuccos stopped dead and began to crow. It was a long, chilling sound and all at once the sky became full of white feathered fowl. The birds turned and rained down on the bully that had attacked their kin. He started to curse, lashing out with punches and kicks but the cuccos continued their assault.

“Help me! Whatever your name… Owww! Help me!”

You certainly do not deserve any assistance from me.  I could hardly see the boy now; he was completely engulfed in flapping wings and pecking heads.

I would rather not have a death on my hands… Wincing, I wadded into hell, yanking at tail feathers and snatching my fingers away from snapping beaks. Upon reaching the centre of the chaos I plunged my hands in, fishing around for something that resembled a limb. At last, I caught hold of a bony arm and attempted to pull. Now the cuccos were attacking me as well, furious that their retribution was being disturbed.

“We have to move,” I shouted above the din.

Scarf’s cheeks were red and blotchy. “Just get us in there,” he gasped, jabbing a finger at a shiny, red door.

With a final effort, I managed to release him from the flock of death. Together we fled to the edge of the alleyway, an unrelenting chorus of clucks and squawks close behind. Scarf snatched open the door and we fell in a heap inside.

“Well, Guru-Guru,” someone cackled, “just what trouble have you got yourself into now?”

Alison Brunyee is an Editor for Zelda Dungeon. She likes reading manga and collecting Japanese wind chimes. Her favorite Zelda game is Ocarina of Time.

Comments
Sorted Under: Fan Fiction Friday, Majora's Mask, Ocarina of Time, Slider
Tagged With: No tags were found for this entry.