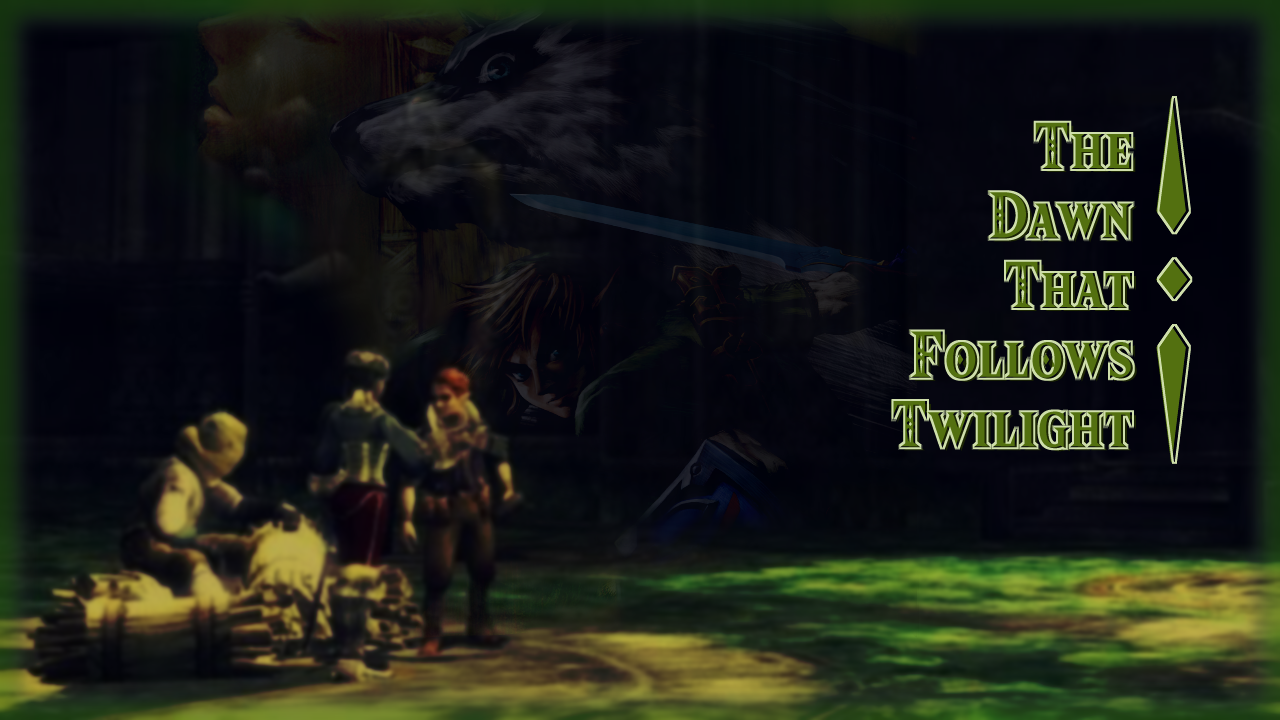 It’s easy to forget sometimes that the shadow beasts incident took place over the span of less than a month. It feels like that summer had gone on forever with how much had happened. When I think about Telma’s experience with that amnesiac girl, meeting Link, Ashei’s expedition into Snowpeak, discovering the Ancient Sky Book, and that confrontation at Hyrule Castle, it all feels like those were so far apart.

It’s amazing sometimes how history can be changed in such a short span of time. It makes me wonder often about some of the civilizations I’ve researched and our understanding of the events that defined them. Could they have perhaps been shaped by similar spur of the moments events? How much have we taken as grand machinations were merely just blinks of spontaneous genius? It excites me thinking about it.

But I digress. The Hyrule we see today may look rather similar to the one a year ago now, but minds are far more malleable. There was no possible way we were going to return to normal after Hyrule Castle quite literally exploded for all of Castle Town to see. There were plenty that certainly tried though. I remember the coalition that went around knocking on doors looking for hands and coffers to rebuild the castle (and how upset Telma got that the town guards were a no-show as always).

The reality was though, that twilight left a permanent scar on our understanding of our lives, one we’re still trying to understand the full grasp of. I find myself thinking a lot about that time as Auru, Ashei, and I make for the Gerudo Desert. Since our journey into the Sacred Grove at Rusl’s behest, we’ve been on the trail of finding out exactly what happened during that glimpse of twilight in hopes of piecing together the truth of ancient tribe behind the entire affair and how it all connects to what happened at Hyrule Castle a year ago and what exactly is going on now.

The raging sands of the Gerudo Desert whip hard within the wind as three Bullbos make their way through the shifting hills. Aboard the large boar-like creatures ride the three remaining members of the Resistance: old codger Auru, the brusque knight’s daughter Ashei, and historical know-it-all Shad. It had been days through the unknown traveling to get to this lost forsaken place, with yet more to go, but for them, there was little option otherwise. There were many people counting on them and to fail them would be a burden unbearable.

With a snort, one of the Bullbos comes to an abrupt stop as Ashei places a hand across her forehead to gaze through the burning sun. She snarls some as she calculates in her head. “We only have another hour before sundown. We’ll need to stop a set up camp,” she informs her two companions, looking back at them.

“You shan’t hear me complain. I’m surprised you’re willing to push so hard each day with how much more preferential you are to the cold Ashei,” Shad responds, wiping a deluge of sweat from his brow.

“The more we travel, the sooner we’re out of this place, yeah?” she answers with a tone of resigned aggravation.

“It should only be a day or two more before we arrive at the prison. We’re through the worst of it,” Auru interjects, making no delay to dismount his Bullbo and begin setting up their shelter. Before too long, Shad and Ashei join him, pitching posts into the unstable ground to hold thin swaths of fabric offering shade and protection from the billowing sands. From off the side of his Bullbo, Auru unloads a bundle of wood and in short time, ignites it with a clear fluid from a flask.

By the time the sun is setting, the three adventurers find themselves sitting around a boiling kettle. Bits of animal and herb float to the top every so often before settling into the creamy broth below. Auru stares the mixture down with an almost unwavering intensity looking for something in specific.

“Do you really think the answer to this illness lies here with the mirror, Auru? I understand it’s certainly a peculiar malady, but why would it arise now, almost a year everything had happened?” Shad asks, staring off at the tall pillars of the Arbiter’s Grounds some ways away.

“Things take time. Infections fester, and sickness comes with the season. I’m not completely certain it’s related but call it a pretty strong hunch it’s got something to do with those shadow beasts,” he answers, not taking his eyes off the stew at all.

“For your sake, your hunch had better be right. Getting here was difficult enough, traveling through pure wilderness on account of this place being closed off. Beyond that, this place is entirely unremarkable. I’m not entirely even sure we’re making progress at all half the time,” Ashei answers in between the loud shrill streaks of her running a whetstone over the edge of her sword.

“That’s never stopped you from navigating through snowstorms Ashei. Just imagine the sand is snow, and perhaps you’ll feel more at home?” Shad smirks, thinking his jest rather clever. Ashei’s cold stare in return quickly informs him she does not share that opinion though.

“Even if it is wrong, we can’t just sit back and do nothing in all this. Innocent people are out there struggling to breath and turning colors I don’t even know the names of. It may not be as fancy as drawing steel on the forces of evil, but we made a commitment to protect these people, and hell if that’s what we’re doing here,” Auru nods, suddenly tossing sand onto the fire below the kettle to snuff the flames.

“You are right there. I can’t exactly say I’ve had any better thoughts on what to do over this,” Ashei concurs with a nod of her head.

“For me at least, I don’t see this as any less of an adventure as anything else we’ve done. Traveling to new places chasing ancient races? Doesn’t feel any different than most any other endeavor,” Shad beams, rummaging through his bags suddenly to find some excerpt or another, but Ashei is quick to cut him off.

“That knight boy from a year ago, Link. He’s been here before, yeah? Why isn’t he here with us?” Ashei asks, pausing her work on her sword as she looks to Auru for an answer.

“Master Link has had his adventure. There comes a time when the people need to be their own heroes. Rusl thought it best to let the boy rest and I’m inclined to agree with him. He fought for his peace, it’s only fair he get to enjoy it,” Auru answers, not missing a beat as he begins ladling stew into bowls and offering them to the two of them. The three continue to converse over their meal and before long settle in for the evening to rest, taking turns to patrol throughout the night.

After two days more of traveling, the three arrive at the Arbiter’s Grounds. Ascending the structure proves a time for the three, even with numerous traps of the prison having been disarmed by the Hero of Twilight some time ago. After their hardships however, the three arrive intact and round the staircase to view the chamber said to hold the Mirror of Twilight. As they approach, they witness the empty stand that once held the Mirror of Twilight, reacting with a bit of surprise. With a short sprint, Shad approaches the stand, patting around it’s edges. “Where… Where is it? This is where it would be, right Auru?”

As he speaks, Ashei kneels down and picks up a fistful of sand and runs it through her hands, little shards sparkling in the sunlight. “It seems it’s all over the place,” she comments as she pulls one of the tiny flecks of broken mirror from out of the sand.

“Did… someone do this?” Shad asks, still rather concerned, but Auru approaches him relatively calmly.

“I have a feeling this is no evil doing. A consequence of what needed to be. The mirror itself isn’t what is important ultimately,” he answers, waving his hand dismissively.

“I have a feeling there’s something you’re not telling us old man,” Ashei crosses her arms, eying Auru with a gaze of intrigue.

“Never you mind, I know what I know, and I know it’s not important for us to be privy to it,” he dismisses her somewhat playfully, but with a strong implication the matter is none of their business. He steps past Shad and towards the massive black monolith. After swallowing, he places his hand on the monolith and immediately reels it back in pain. Seeing his reaction, Shad quickly runs to his aid with Ashei approaching somewhat slower. Holding out his hand, Auru’s palm has turned an unnatural violet color, pulsating with a red aura.

“Auru, your hand! It’s… just like the others in Castle Town. It’s… this slab causing the illness?” Shad asks, looking up at the monolith.

“I’m not entirely certain. If my theory’s right, there’s just a high concentration of whatever this is causing the illness on this thing. Enough that just making contact with it is enough to spread it,” Auru nods quickly pulling out some gauze to wrap around his hand.

“I see you’re none too hesitant to test things on yourself. So assuming your theory is correct, where exactly does that leave us to solving this problem?” Ashei asks blankly, rounding Auru’s other side.

“Perhaps we can assist with that,” a young voice comes from behind the group. Shad is a bit startled by the sudden intrusion, but Ashei wastes no time drawing her sword as the group turns around to face their interloper. Before them stand two children, dressed in plain unremarkable clothing. Adorned on their faces are a pair of identical masks that appear to be a depiction of a Stalfos.

“And who might you be?” Auru asks hesitantly, rubbing his injured hand.

“We have long since lost track of what our names might be, but if you need refer to us as something, then Skorn will be just fine,” the child on the left answers.

“It holds an importance to us. Don’t ask us what that importance is, we’ve forgotten that as well, but that it is important is what matters here,” the other child responds.

“Rather cryptic isn’t it, yeah?” Ashei sighs, sounding already done with these two.

“We have a name now, but what exactly did you mean by assisting us Skorn?” Auru asks, getting to the point.

“You wish to undo what it is that emanates from the pillar, do you not?” Skorn asks, the two children speaking in unison. The group look amongst themselves warily and nod to the children. “Then you must needs entreat the past, for what lingers is the Echo of Twilight, burdens of the past, sins of the ancestors, and there is none more qualified to help you then we, who are echoes ourselves,”

Emily Curtis is a Senior Editor for Zelda Dungeon. With a fondness of dark storylines and games with heavy narrative elements, she is often attracted to the more grim entries of the Legend of Zelda series, such as Twilight Princess and Majora’s Mask. This story marks her first attempt at writing fan fiction for the Zelda series, though she is plenty experienced with the world of writing fiction, having composed numerous award-winning short stories and fan content for the Persona and Danganronpa series of video games. If you enjoy bizarre rambling and weird games, you can watch her stream on Twitch as her alter ego Bianca Duba.