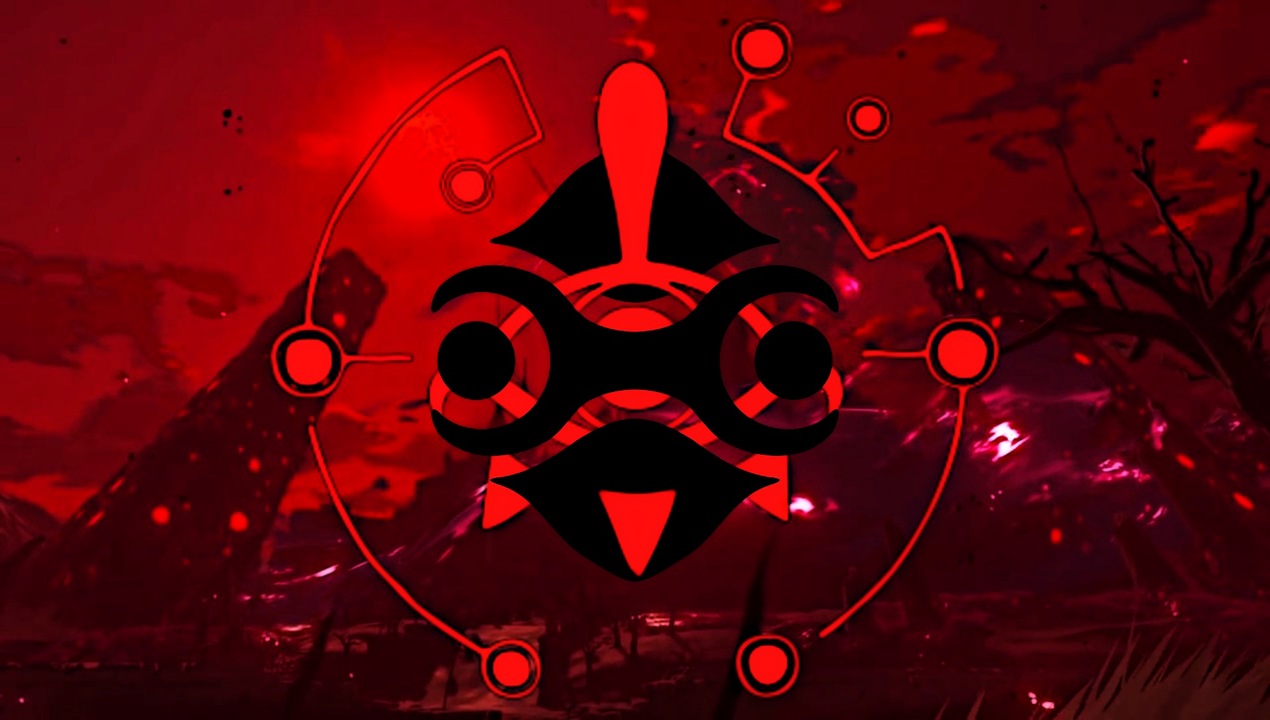 The night was dark. Stormy. Cold. Raindrops hammering and the “tink” of droplet against metal creating a constant white noise that accompanied the rolling wheels and stomping of horses’ hooves against the rock. Now and then, the sounds were interrupted by the loud rumbling of thunder.

Guiding the carriage was a man garbed in black robes. Inside the carriage, scrunched so as to allow her towering form to fit in a lying position on the bench was a Gerudo woman, holding her large, round belly with both hands. She breathed heavily to ease the pain of her contractions.

Gerudo were about as strong as they come, but not even they could resist the force of childbearing forever. Once a babe decided it wanted to come out, there was no stopping it. But, she prayed. Dalal prayed that her child wait, that her child be born with dignity, in the arms of mother and father, and not in some small carriage on the run.

Some distance behind the carriage and closing in were a small squadron of Gerudo women chasing the couple on horseback. Gerudo already towered over other races by many feet, but on a horse, they appeared as giants. Perhaps it was fate that Kiyoko, the driver, could not see these monstrous figures tailing him, lest he lose control out of sheer panic at the sight of them. Of course, while such a sight would frighten most, perhaps it wouldn’t frighten Kiyoko.

Kiyoko, unlike most, was accustomed to the Gerudo warrior. Many across Hyrule were used to the merchants, though few were accustomed to their warriors and the oppressive aura of might surrounding them. While it is true the Gerudo were friends of Hyrule, and were a relatively docile people, they were fierce, and if given a reason to, could make minced meat of their enemies in the blink of an eye. Kiyoko had learned this from Dalal. In fact, he’d heard it several times, whenever she’d recount to him tales of the Gerudo might in the face of bandits or monsters in the desert. Then, one day, he’d had the fortune of see it for himself first hand when Dalal went ballistic on a group of bandits who tried to attack her beloved. Had he not intervened, that may well have been the end of those bandits. Dalal would, on occasion, tease him that he should have let her kill them so as to prevent them from terrorizing any more travelers. Every time she did, though, he’d remarked that he’d saved her from being a cold blooded killer.

“Is it really murder to kill a menace that terrorizes others for a living?” she’d often respond. It was remarks like that that taught him the values of Gerudo culture. More than anything, they had observed, they valued honor — something he wished he could say for his own culture.

Yet despite where he’d come from, Kiyoko felt he’d earned his honor. If not when he abandoned his people for a better life, then when he’d fathered the child soon to enter this world. And if not then, at least now, throwing his life on the line to get the two most important people in his life to safety.

There was a time when Kiyoko questioned why Dalal wouldn’t just have the baby in Gerudo Town, or at a stable or outpost nearby, and why she wanted to raise their kid away from the desert. Shouldn’t a child grow up in the company of their people? Kiyoko often thought. Despite Dalal’s reluctance to elaborate why, however, Kiyoko pressed until she’d kneel.

“I understand you don’t want to tell me, but it can’t be that bad,” he once said. “I don’t care if it’s embarrassing, I’m not gonna judge you or the Gerudo any different. But I will be hurt if you won’t tell me.”

“Fine,” she had responded, “if you promise not to judge… Gerudo don’t like men in their town.”

“Well, yeah, everybody knows that,” he’d said. “But why would that stop you from raising our little girl there? Boys are only born to the Gerudo every one hundred years.”

“That’s exactly the problem, though. It’s been one hundred years since the last male-born Gerudo.”

“Legend has it they killed him.”

“Killed him? A baby?” It was then that Kiyoko began to understand Dalal’s reasoning.

“Yes… The Gerudo have a superstition, see. It’s said that the first coming of Ganon came about through an ancient Gerudo King, known as Ganondorf. This man’s rule split the Gerudo in two — those that worshiped their king, and those that stood against him. All the same, my people suffered generations of Hylian oppression out of fear that we might once again rise up with a king and usurp the throne of Hyrule.”

“Yes. Thankfully the royal family began to rebuild relations with the Gerudo. Make no mistake, however, the fear of male Gerudo comes not from the Hylians, but our Gerudo ancestors themselves. There are other accounts of different Ganondorfs throughout history who rose to power and terrorized Hyrule. It’s as though male Gerudo are cursed, that whenever the spirit of Ganon should need a new host, they become the vessel for his destruction.”

“And what of male Gerudo born when Ganon is sealed away, living, or otherwise?”

“We don’t know; but we don’t want to find out either, so we kill each newborn male of our race. Or so the legend goes. As I said, there hasn’t been a male Gerudo in one hundred years.”

“–No better than the way the Hylians treated us. I know. It’s ironic? But that’s the reality we live in; and a reality I’ll not let my child know. There’s a chance this baby will be a boy, and I can’t risk him being killed. Mark my words, if I bear a boy and the Gerudo find out, it will be the end of him. They’d chase us to the edge of the world, if they had to. That’s why I can’t have this baby anywhere near other Gerudo.”

“Then where will you have it?”

…Kakariko, Kiyoko thought. If we can just lose these Gerudo and make it to Kakariko, we’ll be fine. The Sheikah will protect us there. Our child will grow up safe, away from Gerudo. And if it’s a boy, he won’t need to know a life of running.

But the couple and their babe would not make it to Kakariko that night. Could not. The Gerudo warriors chasing them gave hot pursuit. Not to mention, Kiyoko didn’t want to bring trouble to Kakariko. On top of that, he wouldn’t want to give the Gerudo reason to go snooping there. So he thought of a place: Hateno. If they could make it past Fort Hateno, they would be fine. Kiyoko would explain the situation, and the Hylian guards and their wall would protect them from their pursuers. Then, after the baby was born and Dalal had had time to rest, they would take a roundabout way under the protection of knights to Kakariko Village. Once they were there, all their troubles would be over, and their baby could grow up in peace.

Unfortunately, fate had other plans. As they crossed through the Dueling Peaks, they were ambushed, their exit blocked off. Kiyoko brought the carriage to a quick stop and tried to turn around, but to his dismay, the other end was blocked, too. No escape.

So close, Kiyoko thought. We were so close.

“Kiyoko?” Dalal asked aloud. “What’s wrong? Did they catch us?”

John Piland is a writer and editor for Zelda Dungeon. He’s been working on this story for a long time, so he hopes you enjoy it. He enjoys fiction and writing screenplays, stage plays, short stories, novels, and poetry. He’s been an avid Zelda fan for years, and loves the hit MMORPG Final Fantasy XIV just as much, so hit him up if you play and would like to go adventuring together. Follow John on social media @John_Piland_.

Comments
Sorted Under: Fan Fiction Friday, Original Content, Slider
Tagged With: No tags were found for this entry.