Not to be confused with Nintendo’s alternative promotion, the “Super Smashing Sale”, the European eShop is has moved on to its second week of Zelda sales. This week’s sale includes five discounted Zelda games followed by a third week of sales set to include a exclusive discount promoting the release of Hyrule Warriors.

Hit the jump for more information! 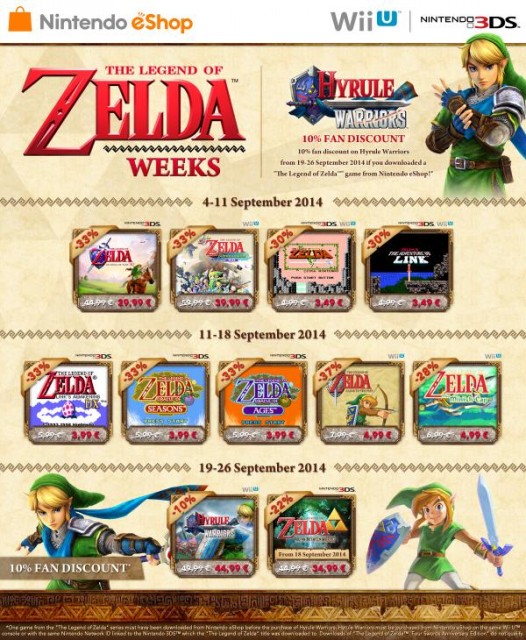 They say the devil is in the details. According to advertisement above, the 10% off fan discount only applies to those who have participated in the promotion; meaning you would have had to have purchased any of the previous discounted Zelda titles (with the exception of A Link Between Worlds). However, if you would like to save yourself some rupees and buy a discounted game and plan on purchasing Hyrule Warriors, this deal might be in your favor.

Have you purchased any of these Zelda titles from this promotion? Plan on buying anything to get the Hyrule Warriors fan discount? Let us know in the comments below!