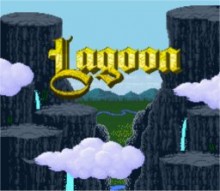 When talking about Zelda clones, the usual suspects make the list: Neutopia, Okami, 3D Dot Game Heroes. Yet somehow one of the biggest “offenders” is often overlooked. Lagoon was a game released on the Super Nintendo before A Link to the Past, so the notion of a 16-bit Zelda was still just a dream to we Zelda fans of the day. So when the main arrived and in it was a special Nintendo Power-published catalogue of upcoming Super Nintendo games (this bonus book came out before the Super Nintendo itself had been released), and I began flipping through the pages, I thought for sure I’d just seen 16-bit Zelda. But it wasn’t. It turned out to be Lagoon.

Only when I’d eventually play it would I realize I wasn’t that far off. 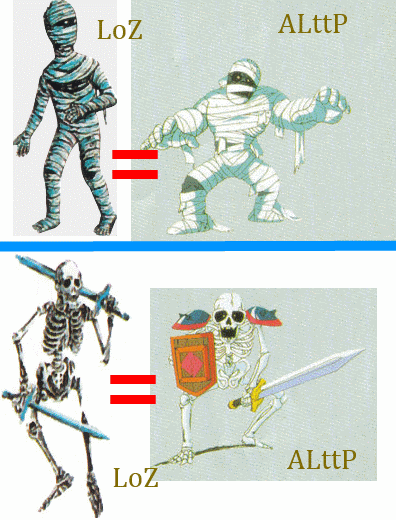 Zelda, as we understand it today, is a bit cutesy. Especially when it comes to the top-down style games. But it wasn’t always so. I would argue that A Link to the Past brought this new cutesy, vibrant style to a series which had been until then a bit darker. The official art for the first two games (and the color palettes in those actual games) is much darker than A Link to the Past. So when looking at the first screen shots to Lagoon, in a lot of ways it almost looked more like a true sequel to first two Zelda games than did A Link to the Past’s cute and colorful take on the series. Lagoon presented enemies and locations that were a bit darker and a bit more realistic–well, in so far as 16-bit graphics can be realistic. It featured an overhead perspective action-adventure game that–true to its era–was a straight-forward plot of “go kill this big bad evil guy and save the land.”

In a lot of ways Lagoon feels more like a direct successor to the original Legend of Zelda that does any other actual Zelda game. It has a similar “darkness” about it, but also a similar simplicity about it. The dungeons are mazes, much more so than in A Link to the Past where the developers tried to give the dungeons some rhyme and reason. Lagoon sticks to the formula that the original Legend of Zelda set up, which is: it’s just a maze, and you had better have brought along some paper and a pencil, because you will need them! 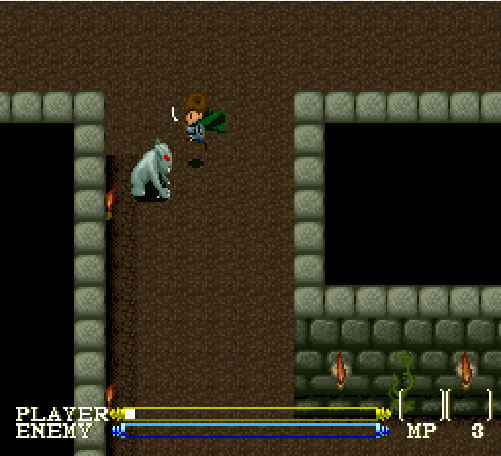 The combat was very much rooted in Zelda with the main character equipped with a sword and shield, and throughout the game the character can find four additional sets of swords and shields… and armor and rings, for that matter–which does remind one a bit more of Ys than Zelda, perhaps.

In fact, maybe Lagoon should be considered an Ys clone rather than a Zelda clone. Like the Ys games, the enemies you kill do grant you experience points as they do in an RPG, and these experience points cause your character to level up, providing you with better defense and attack power. But since it can be argued that Ys borrows heavily from the framework Zelda set up, so does Lagoon by proxy. I knew none of this when I was a kid. All I knew was that Action/Adventure was Zelda and that any game coming thereafter trying their hand at overhead perspective action adventure was clearly inspired by Zelda. So to see a game that looked so much like the original Legend of Zelda but with 16-bit graphics, I thought for sure this game had to have been inspired by that original game. 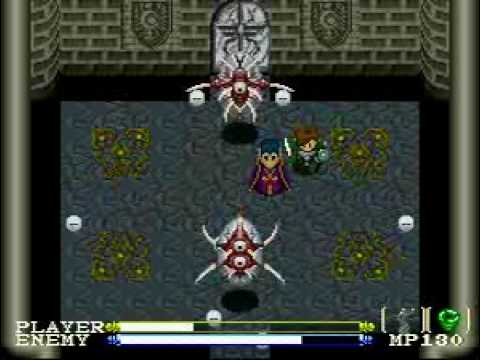 Lagoon brought some new things to the table, however. The main character can jump! Thankfully this wasn’t implemented to force the player through a bunch of tricky platforming; only occasionally will a pit need to be jumped or a crumbled bridge need to be crossed. As a kid, I remembered just loving having the ability to cause the character to jump and see the nice animation of his cape flutter. Also, there are quite a few towns, each populated by a different variety of people. The way this is presented is sort of the middle ground between a typical RPG and Zelda. Each down is usually populated by an entirely different race of creatures (as in Zelda) but there are quite a bit more of those town than there are in Zelda… yet not quite as many as in your typical RPG. Also, the main character has the ability to cast spells. And a whole heck of a lot of them, at that! There are four different magical staffs in the game and four different crystals. Each staff can be equipped with each of the crystals, with each of those combinations producing a different effect. This is probably the heart (and fun) of Lagoon.

If you’ve never played Lagoon–and chances are you probably haven’t–you should give it a go if you enjoy the top-down Zelda games. It isn’t as rich and fully realized as A Link to the Past, but it was a heck of a lot of fun to play while waiting for the true 16-bit Zelda game to release!

Author: BastianThe editor-in-chief for Zelda Dungeon, Bastian spends most of his time at the site recruiting, hiring, training, and editing nearly all of the writers you read here. He regrets that he has so little time to do much writing himself, but thoroughly enjoys it when he can. You can sometimes catch Bastian on Zelda Dungeon’s YouTube channel reporting breaking Zelda news, or reporting Nintendo news nearly daily on BastianTime, his own YouTube channel.
Tweet